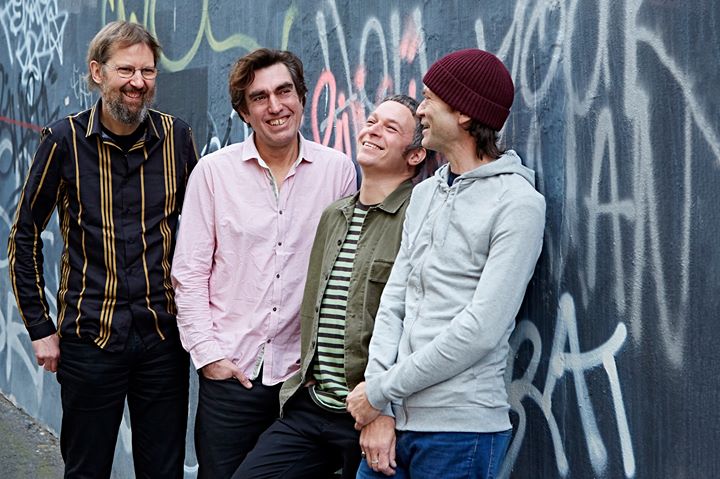 Spearmint return to the capital for the first time in 2 years!… Abs we’ve just added the amazing PINEY GIR to the bill too!!!

London-based Spearmint have been quietly getting on with making great albums for a couple of decades now. This year the band celebrate the 20th anniversary of their debut album, and the 50th release on their own hitBACK label, with a brand new album released on Friday 18th October, preceded by a single in September.

Spearmint is still Shirley, Jim, Si and Ronan and the new record is a heady, energetic, passionate and romantic exploration of the chaos we are all living through. The band feel it is one of their very best.

Catch this show at Water Rats to hear the new songs live, plus some choice cuts from the band’s catalogue.

“One day Spearmint will be hailed as gods” – NME
“I don’t want to live in a world where no-one’s heard of Spearmint” – Joseph Gordon Levitt in the movie ‘500 Days of Summer’.
“Celebrates being hopelessly head-over-heals in love – revel in its purity and joy” – Mojo
“Sweet sounds… exquisitely precise” – Uncut
“Timeless” – Artrocker
“Criminally undervalued… responsible for some quite brilliant records” – Penny Black Music