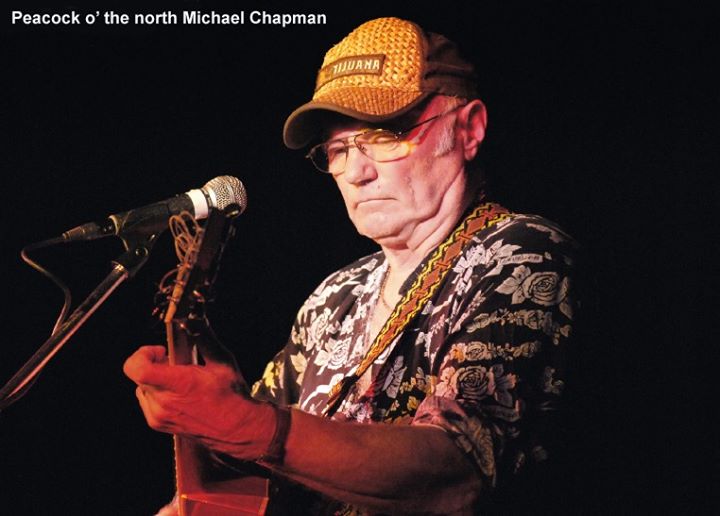 MICHAEL CHAPMAN first became known on the London and Cornish folk circuits in mid-1966. Playing a blend of atmospheric and autobiographical material he established a reputation for intensity and innovation. While living in Hull, East Yorkshire, in late 1969, he signed to EMI’s Harvest label & recorded a quartet of classic albums. LPs like ’Fully Qualified Survivor,’ ‘Rainmaker’, ‘Window’ and ‘Wrecked Again’ defined the melancholic observer role Michael was to make his own, mixing intricate guitar instrumentals with a full band sound.

He is one of the UK’s best known finger picking style guitar players. As part of a continuing musical lineage that includes the likes of Ralph McTell, John Martyn, Davey Graham & Bert Jansch, Chapman is still touring and recording and his playing is on top form.

Classics from the Harvest / EMI era. ‘Rainmaker’, Fully Qualified Survivor’, ‘Wrecked Again’, ‘Window’ & ‘Playing the Guitar The Easy Way’ have all been reissued by USA label Light in The Attic as a complete series of his early work . (Format: Vinyl and CD.)