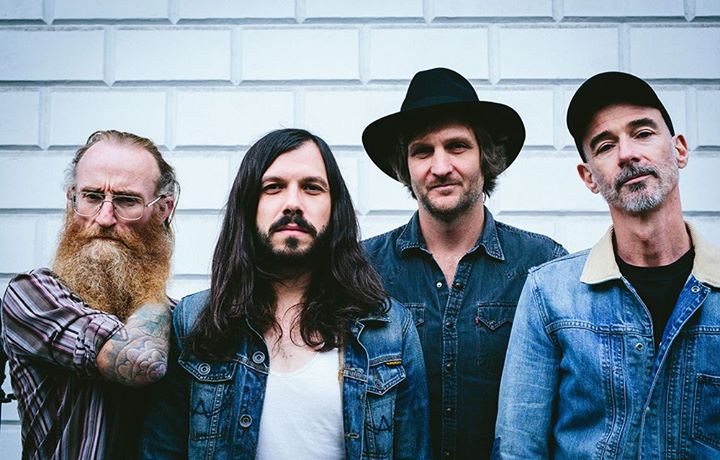 Named after a song taken from The Band’s self-titled 1969 second album, Jawbone tracked their debut album live as a four piece with minimal overdubs at London’s State of The Ark Studio using the famous EMI desk originally installed in the Pathé Marconi studios in Paris. The distinctive voices of Paddy Milner and Marcus Bonfanti compliment and contrast throughout the songs as they share lead vocal duties on the album. Rex Horan’s searing falsetto vocals create the three-part harmony that has become a hallmark of the Jawbone sound.

Taking influences from Little Feat, The Band, The Rolling Stones and Crosby, Stills Nash & Young but also mixing it with the eclectic musical backgrounds that each member brings, allows Jawbone to create a very fresh take on rock’n’roll.

“What a belting night at the O2 Academy 2 last night. Jawbone were simply Superb” Music News
“Jawbone make a significant splash as a brand new song-driven roots rock band of the highest order.” Get Ready To Rock
“With a robust and resolute voice, chippity chop piano, slurs of organ and some punchy horns. This is ensemble rock ‘n’ roll at its finest.” Rawramp