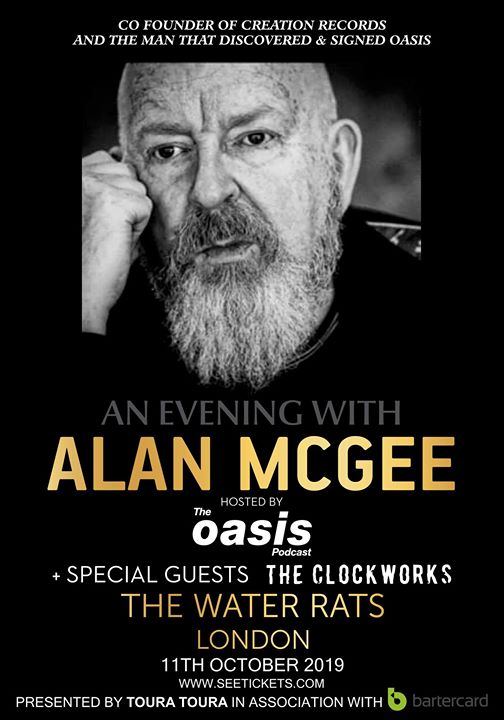 An Evening with Alan McGee plus live music from The Clockworks
Alan McGee is a Scottish businessman and music industry executive. He has been a record lable owner, musician, manager, and music blogger for The Guardian.

He is best known for co founding and running in the independent Creation Records label and is the man who discovered & signed Oasis.

Join Alan at the Proact Stadium as he discusses his career, the music industry and his relationship with bands such as Oasis and Primal Scream.

In 1997, the revitalised Labour Party took note of McGee’s accomplishments with Creation. they got him to spearhead a media campaign prior to the General Election in order to appeal to Britains youth culture. He was largely responsible for changing government legislation in relation to musicians being able to go on the new deal which gave musicians three years to develop and be funded by the government instead of having to take other jobs to survive.

Join Alan as he discusses his career, the music industry and his relationship plus inside track with bands such as Primal Scream. You will also have the opportunity to ask Alan a question.

You will also have the opportunity to ask Alan a question. ”
Live music from The Clockworks