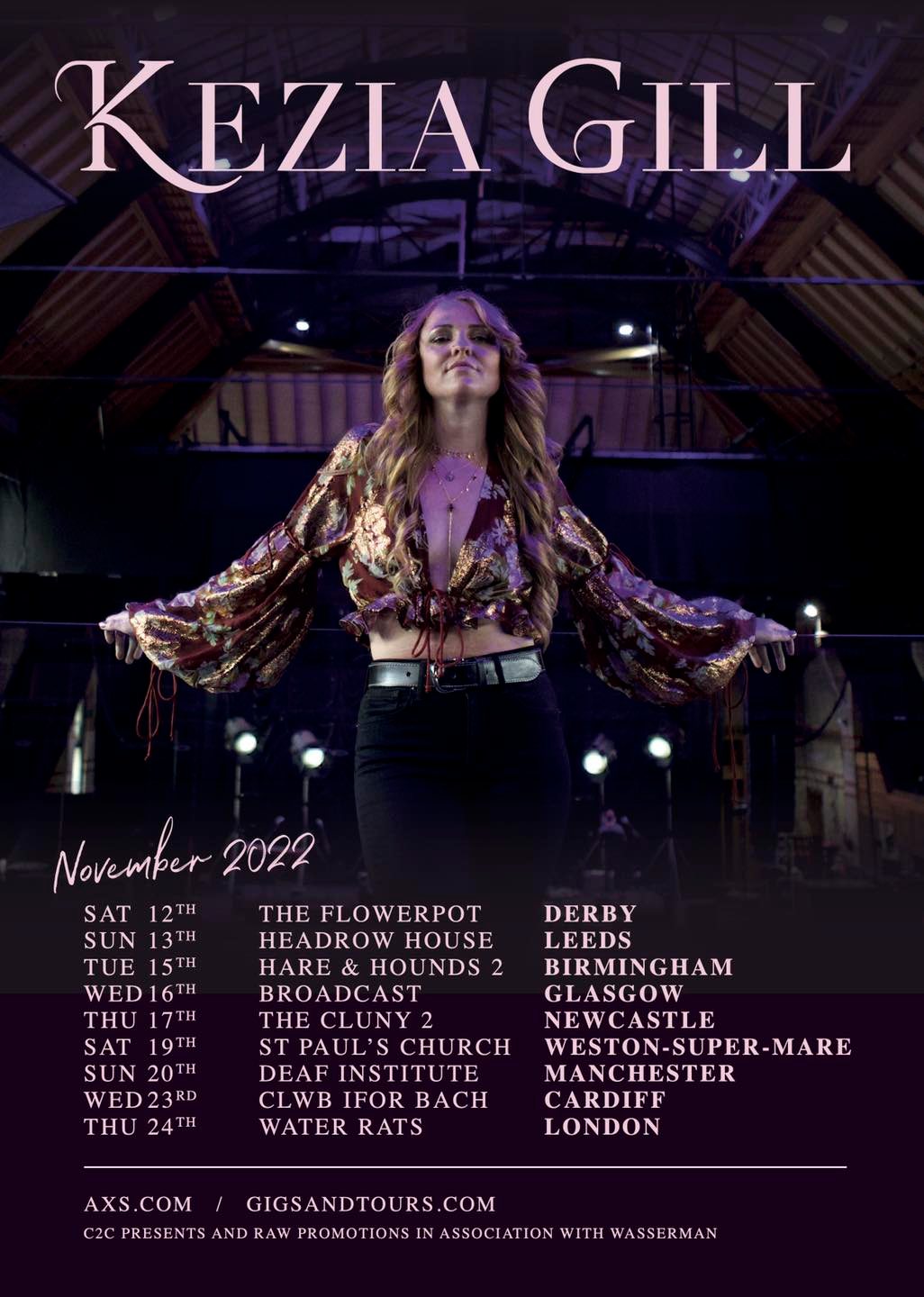 Midlands based Singer/Songwriter Kezia Gill, has been singing professionally for over 15 years. Born in Nottingham to a large musical family of Irish descent, her early years were spent surrounded by music. Her father, a professional musician for over 50 years and her single biggest influence, introduced Kezia to the world of performing, writing and most importantly, the vast back catalogue of music that has shaped her individual style. Pulling influences from a wide range of genres including Folk & Irish, Country, Rock and Blues, her sound is completely unique. She performs all over the UK, as well as the world, including previous shows in Europe, Australia and America. Her individual and uncomparable style is not only evident in her original material, but laced throughout her wide repertoire of classic covers. With her impressive vocal range, energy on stage and multi-instrumental talent, she makes every song her own.

THE STORY SO FAR..

2018 was an extremely successful year. The accumulative build up of 10 years writing, performing, travelling and honing her craft saw Kezia burst onto the UK Country scene with her debut Album ‘Kezia’. After several introductory festival slots, she went on to win Female Vocalist of the Year at the CCN (Cross Country Nam) Awards, and take home the Peoples Choice Award for Soloist of the Year at the BCMA (British Country Music Association) Awards.

2019 saw her success continue, kicking off with a three week tour in Australia, including the Tamworth Country Music Festival, where she was awarded ‘Aristocrat’ Entertainer of the Year. This was followed by a trip to Nashville, where Kezia performed all over music city. The summer included performances at some of the UK’s top festivals including Buckle & Boots, FSA , Blackthorn and Millport. She was named as one of Radio 2’s BBC Introducing Artists and subsequently performed at The Long Road Festival on the Introducing Stage. Kezia was nominated in 5 catagories at the BCMA Awards, making her the most nominated artist of the year, and she took home the award for ‘Best Female Artist’. The year was topped of with another trip to Nashville,where she was invited to play some of the most iconic venues in country music. She joined Phil Vassar on stage at The Ryman Auditorium for his Christmas Charity Concert, and then went on to perform at The Bluebird Cafe, in one of their prestigious song-writing rounds.

2020 continued to see the success snowball with her single ‘Whiskey Drinkin’ Woman’ being added to the Radio 2 playlist for 4 consecutive weeks. When Covid-19 put the brakes on Kezia’s live performances, she turned to performing virtually, and her weekly Lockdown Live Streams on Facebook have been hugely successful, receiving repeatedly high viewing figures, and amassing her very own online fan group, ‘The Friday Night Crew’. Continuing to release singles throughout the pandemic, and enjoying regular radio play from BBC Radio 2, Kezia also released her fourth Official Music Video to her latest single ‘Wings’.

2021 saw Kezia making up for the lost time of the pandemic. She released her award winning EP ‘The Mess I Made’, and recieved her first iTunes Number 1 single with ‘All Of Me’. With live music back on the agenda, she performed some incredible shows including a headline set at ‘Buckle and Boots Country Festival’, her own live theatre show at Leeds City Varieties, and an intimate show with Bob Harris. She was also able to finally hit the road, and completed both her own co-headline Tour with fellow Country singer-songwriter Jade Helliwell, and as support for The Shires on their UK Acoustic Tour. Another hugely successfull year was wrapped up with Kezia winning 3 British CMA Awards for Best Album (The Mess I Made), Best Song (I’m Here) and Best Entertainer.

2022 is already shaping up to be her best yet. With Takamine Guitars announcing Kezia as one of their artists, her success shows no sign of slowing down. Her recent successful performances at Country to Country Festival at the O2 in London led to Kezia being snapped up by Global Talent Agency Paradigm, joining a roster of artists including Leanne Rimes, Lewis Capaldi and Jack Savoretti (to name but a few). With the songwriting ability of a country artist, the stage energy of a rock star, and the voice of the blues, one thing is for sure….. What’s coming next from this exciting artist is definetely worth sticking around for.

” Nothing beats doing what you love for a living.

The fact that people keep supporting me means

I can live my dream every day”.