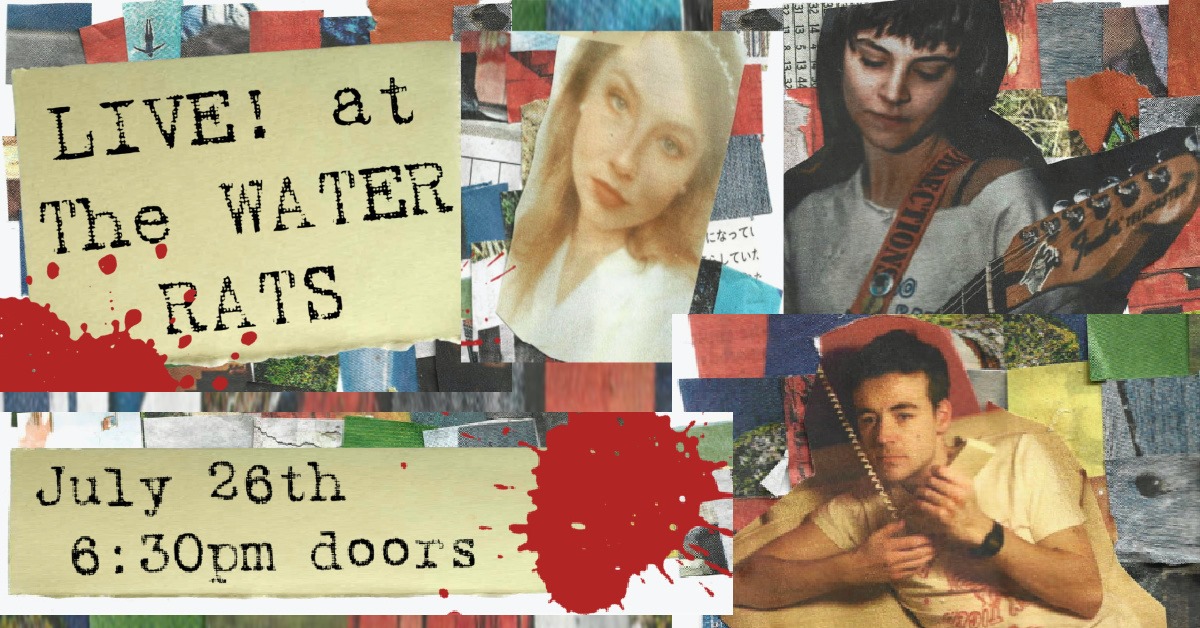 Tummyache live at the water rats, joined by Linus Fenton and Sara.

About Tummyache:
Tummyache is the moniker of producer / musician Soren Bryce. The project Tummyache was birthed from an existential pity-party circa 2018, where Bryce was just scratching the surface of what it meant to be a human, a woman, and alive in general. As with growing up, her approach to writing music as well as thinking about the world and herself was (and is) constantly changing. Continuously bogged down with intrapersonal observation, Bryce uncovers impolite truths within her freshman album “SOAK”. A slight genre departure from the debut EP “HUMPDAY” in 2019, “SOAK” took form at the intersection of loss, humility, and experimentation with one’s voice. Crafted between a crude set up in the backyard of Bryce’s parents and the home studios of friends such as Brandon Rhodes (d.d. island), Nathan Cox (Declan McKenna, Imogen), Linus Fenton (Jade Bird) and Seger Rauls, “SOAK” created and fed itself through remote inspiration and true love of the songs. Interlaced within the recordings are many voice notes from dear personal friends to Bryce, which were originally placed in the demo stage to “motivate herself to finish”; in the end becoming a permanent nuance of the tracks. Each track contains a different perspective, confident yet unsteady, leaning fully into uncertainty and imperfection.