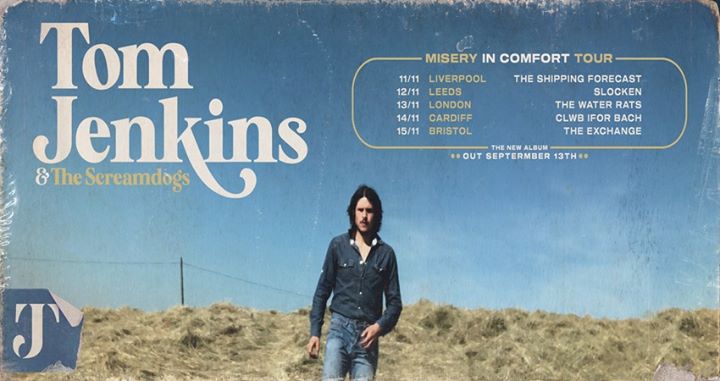 Tom Jenkins cut his teeth as the frontman of Straight Lines, a group of school friends that would go onto play shows round the world, release two albums and tour with the likes of Motörhead and The Presidents of the USA to name a few. After a few years on the road, Jenkins returned to his hill farming roots and worked as a traveling shepherd, ending up in New Zealand. He claims the isolation of the outback lead him to write his debut album.

Mixing his unique experiences and unique voice into beautifully, crafted, melodic songs inspired by Country, Folk, Indie-Pop and Emo it wasn’t long before he caught the attention of American producer Elijah Ford and they set about tracking his debut album in Fort Worth, Texas in November 2018.
Tom Jenkins’ debut album will be released , 13/09/19.