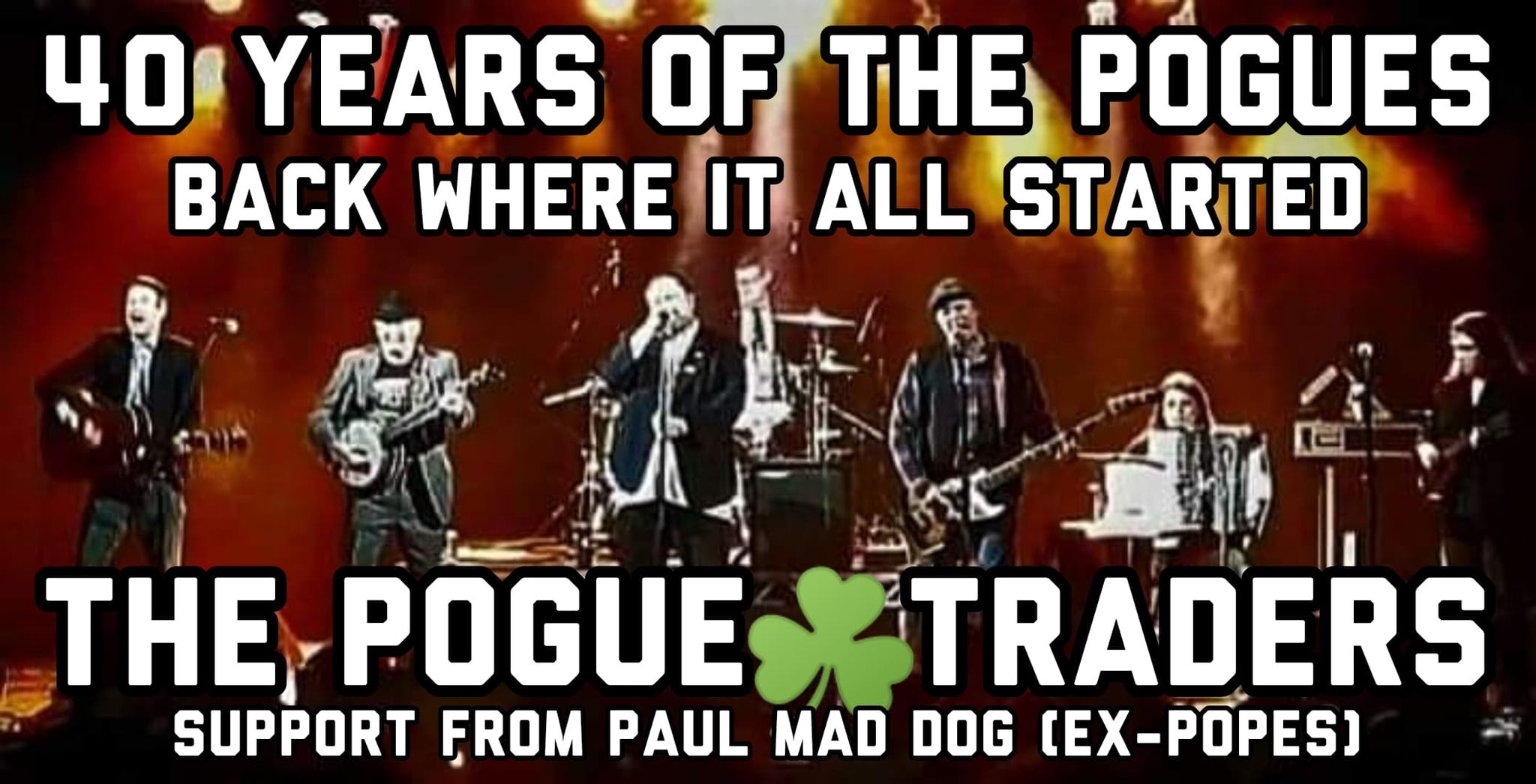 Forty years ago in 1982, a new group played their first ever gig at The Pindar of Wakefield. It was 4th October 1982 when James Fearnley, Shane MacGowan, Spider Stacy and Jem Finer took the stage in dingy Kings Cross as Pogue Mahone. They would go on to change peoples lives.
The Pindar Of Wakefield is now The Water Rats and Kings Cross is, unbelievably to those who remember it from them days, a most desirable place to live and The Pogues are no more either. Their spirit lives on though within The Pogue Traders. Now in their 15th year themselves of bringing The Pogues back to life for those who were lucky enough to see them live and for those that never will.
Support for the night is from Paul ‘Mad Dog’ McGuinness And Band. Paul toured with Shane MacGowan for almost a decade as a founder member of The Popes.
For an hour before that Shane’s official biographer Richard Balls will be doing a Q And A and copies of his recent book ‘A Furious Devotion: The Life of Shane MacGowan’ will be available.
Exact times to be finalised. Check here nearer the date.
£15 / £20 On the door
https://www.wegottickets.com/event/555406
THE POGUE TRADERS
“The best Pogues tribute band I’ve seen” – Andrew Ranken