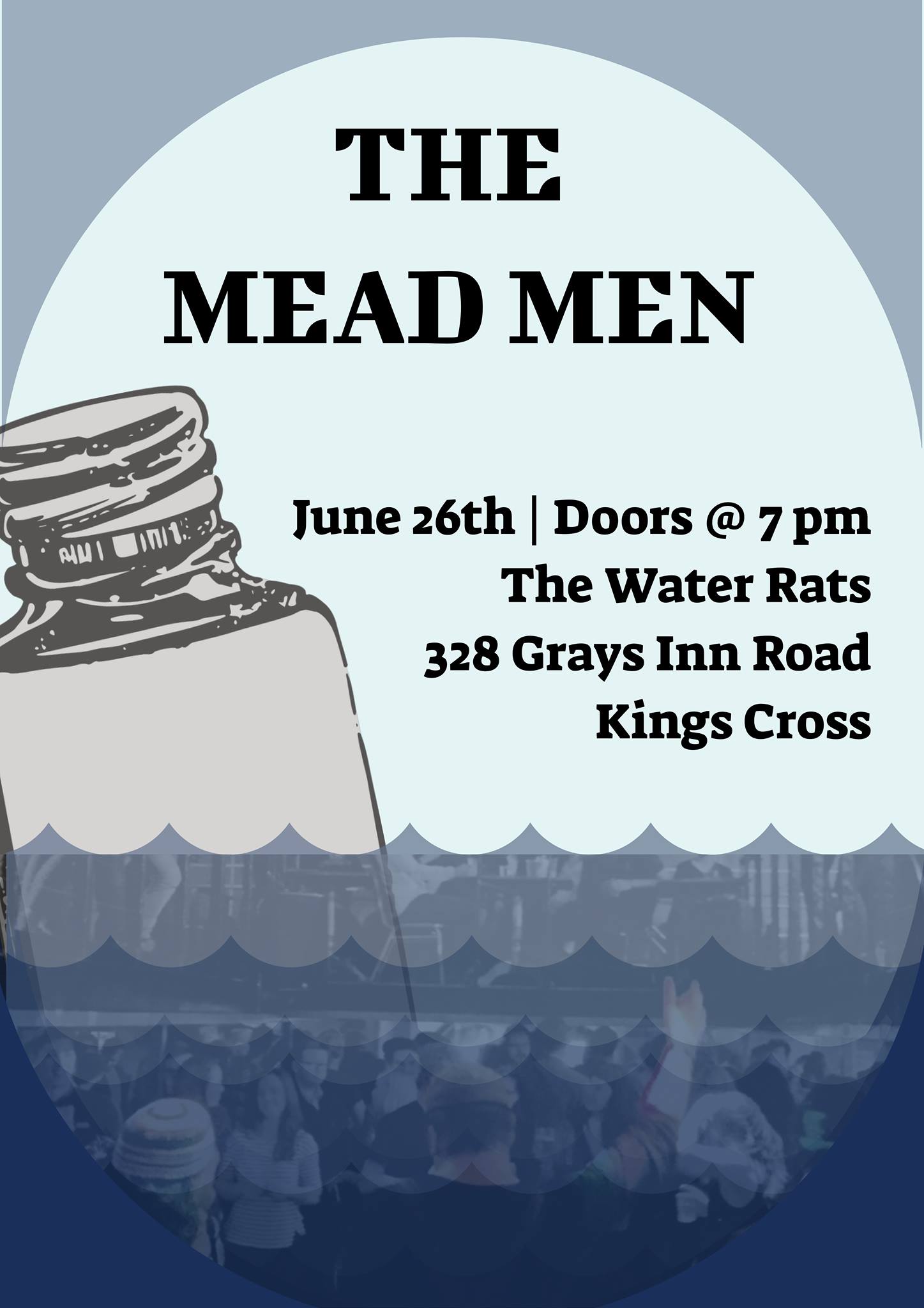 THE MEAD MEN ARE BACK!

London’s finest Sea Shanty band are making their return in The Water Rats, one of London’s most established venues which has seen the likes of Bob Dylan, The Pogues, and now the Mead Men, performing on their stage.

An inventive and entertaining ensemble, The Mead Men comprises a veritable army of classically trained performers, bringing the tradition of shanty singing of beaches and barges into venues around the UK. The Mead Men’s Shanties are songs rooted in the solidarity between working people, and the crowd becomes one with the crew: singing, dancing and drinking under the gleaming eye of the shantyman Alex “Ironbeard” Masters. Interspersed between the boisterous bragging of drunken sailors and the quiet moments of lost love, The Mead Men will often hurl you into a reel, jig or audience participatory drinking song that helps cement these performers as not only traditional artists but as young raucous showpeople.

Come join us for an evening of foot-stomping, song-singing, and shanty merriness! Doors open at 19:00. See you there, sailors!

TICKETS AVAILABLE HERE FOR A LIMITED TIME ONLY:
https://www.ticketsource.co.uk/the-mead-men/t-jngpjl