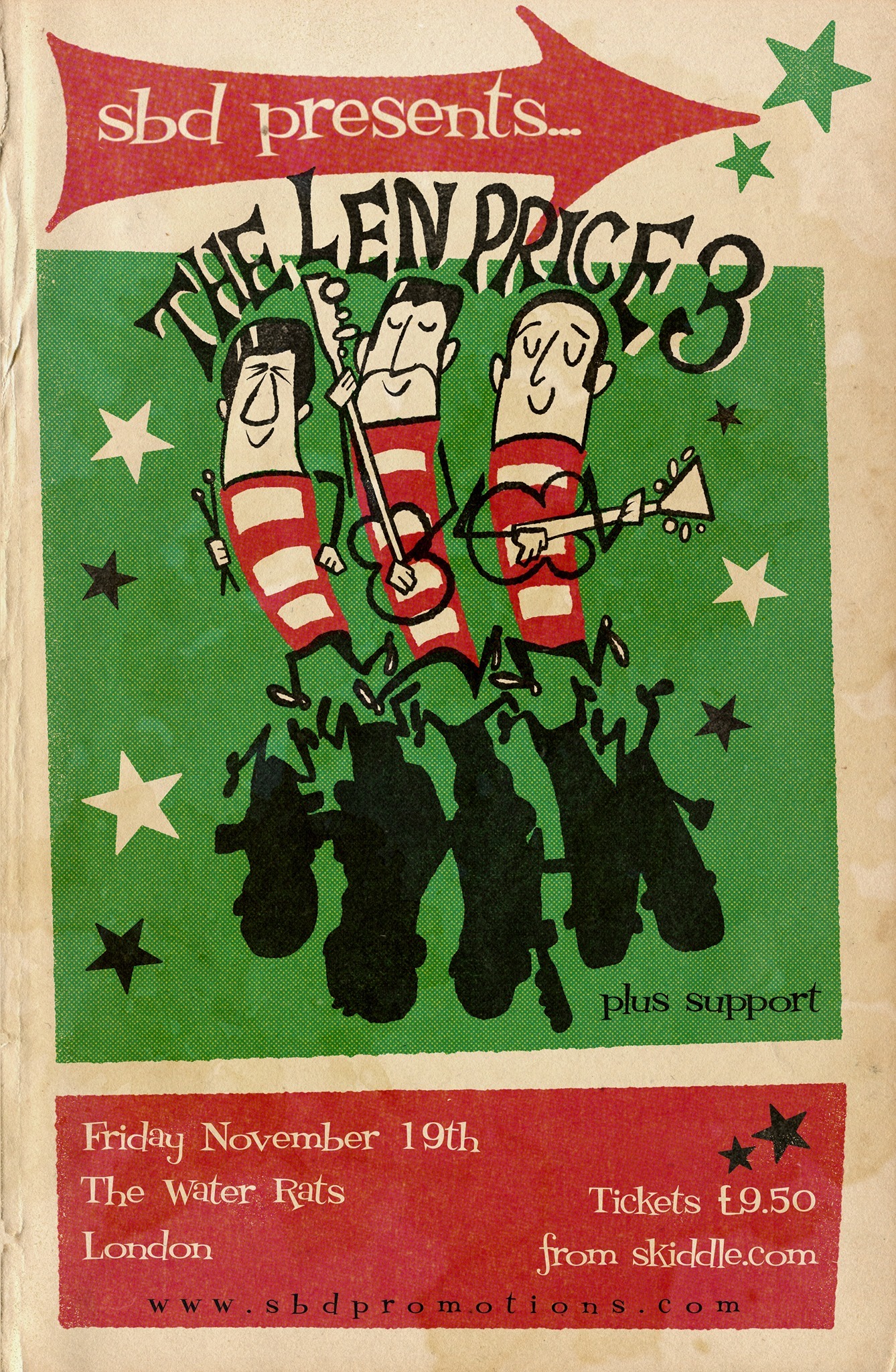 Weaned on the raw, passionate, two-minute tunes of the Who, the Kinks, and the Clash, The Len Price 3 are a high-energy garage combo from the Medway delta. Comprising Glenn Page on guitar and vocals, Steve Huggins on bass, and Neil Fromow on drums, the Len Price 3 got their start at a bar in Maidstone where bands could pay for the privilege of rehearsing in front of the drinking customers. When the trio were banned for playing too loud, they simply changed their name and booked another gig under the new moniker a few weeks later. Eventually, the band found an audience for their revved-up, no-nonsense sound, and shared stages with a wide variety of noted acts, from the Libertines to the Buff Medways.

In 2005 they came to the attention of the Australian label Laughing Outlaw Records, who signed the band and released their debut single, ‘Christian in the Desert’, as well as their first album, Chinese Burn. The album received strong reviews and the band toured extensively, as well as coming to America for the first time to play the 2006 South by Southwest Music Conference. In 2006 the Len Price 3 signed with Wicked Cool Records, a new label founded by garage rock maven Steven Van Zandt. Their second LP, Rent a Crowd, arrived in 2007. A third effort, the slightly slicker and less-tethered-to-the-garage-sounding Pictures, arrived in early 2010. After a break the band returned in early 2014 with a new album, Nobody Knows. In an interview with Vice Magazine, Billy Childish described the Len Price 3 as a group who took his songs and simply added a pop edge to them. Angry at the insult, they shot back with a song about their accuser, ‘Childish Words’. It was the lead-off track on the band’s 2017 album Kentish Longtails. In 2021 the band return with the limited edition green vinyl-only release EP ‘The Strood Recording Company’.


And, post-pandemic, we have live shows again!