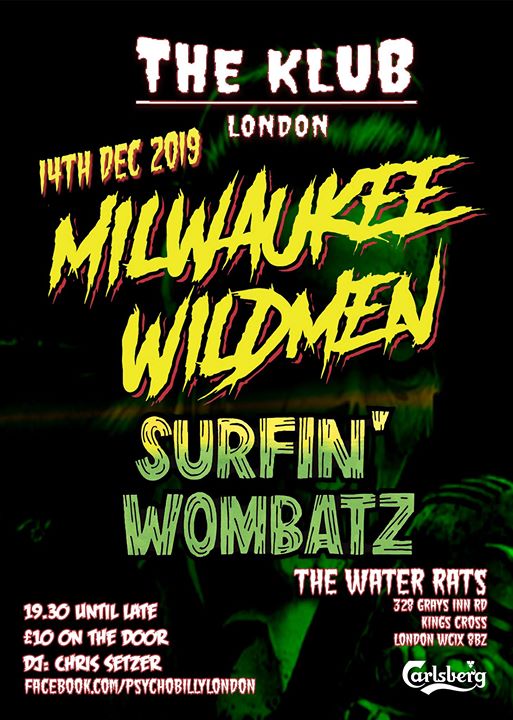 Officially founded in the year 1989, the band turned into Milwaukee Wildmen in 1994.
Their eclectic mix of Rockabilly, Metal and Punkrock shook up the scene with a blast. Fact is that these proclaimed founders of New School Psychobilly terrorize the stage with such an impact that precautions have to be taken in order to lower the risk factor for casualties and other collateral damage.

Throughout the years MWM worldwide released 4 full-length albums and a compilation album on vinyl called “To the Bone..”
Up until now Milwaukee Wildmen has been sharing bills, flyers and stages all over Europe & US with bands/artists like Ice-T, The Bones, US Bombs, Pennywise, The Meteors, Flogging Molly, PPS, Batmobile, Mad Sin, Last Resort, Nekromantix and many more.

Never giving in and just keep on going, not compromising to the rules of any scene, only lead by a pure drive for rawk and roll.
The Wildmen’s massive shoutalong repertoire impales your cranium forever leaving bloodmarks on the rest of your body. But don’t fear! You’re not alone!

Formed in 1987 the Surfin Wombatz have been peddling their crazy brand of beer and voodoo influenced psycho-billy ever since. Influenced by dirty rockabilly,horror movies,Lord Sutch, Screamin’ Jay and Carry On films the Surfin Wombatz are old enough to know better….but thankfully don’t!