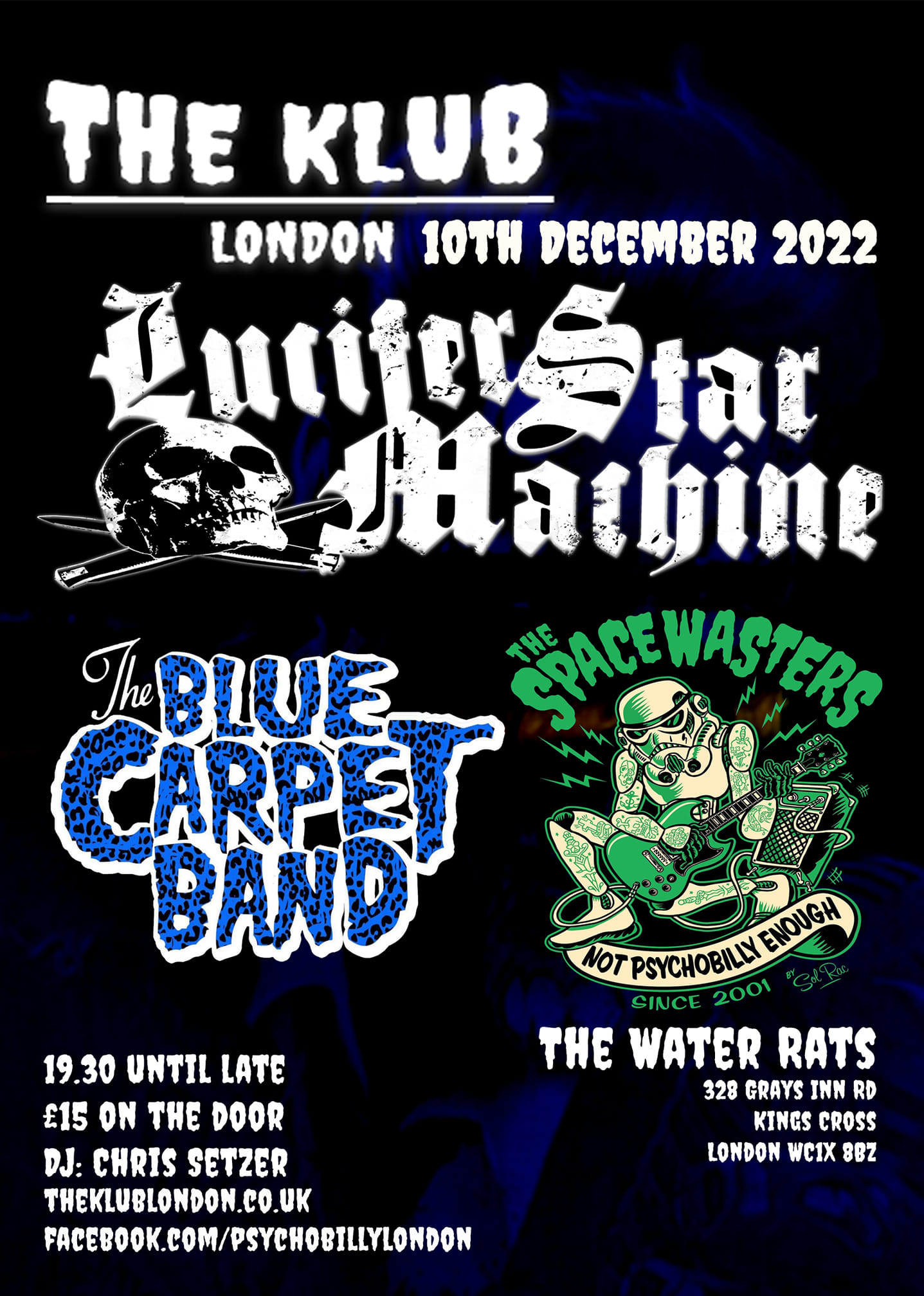 The Klub London Presents:
Lucifer Star Machine
The Blue Carpet Band
The Spacewasters
A night of full on rock’n’roll!

Lucifer Star Machine play fired up Punk Rock’n’Roll. Their high energy live shows cement their reputation as a true in-your-face Hardcore Rock ‘n’ Roll act. But it is the segueing of this wanton brutality with their sense for heartfelt and catchy melodies that makes them truly stand out.

Formed in London but now hailing from Hamburg/Germany, the band has released 4 albums and has toured Europe extensively. Their new line up boasts ex-members of Mad Sin, Griswalds, Cenobites, Demented Scumcats and Frantic Flintstones.
Get in the pit! GET LUCIFIED!