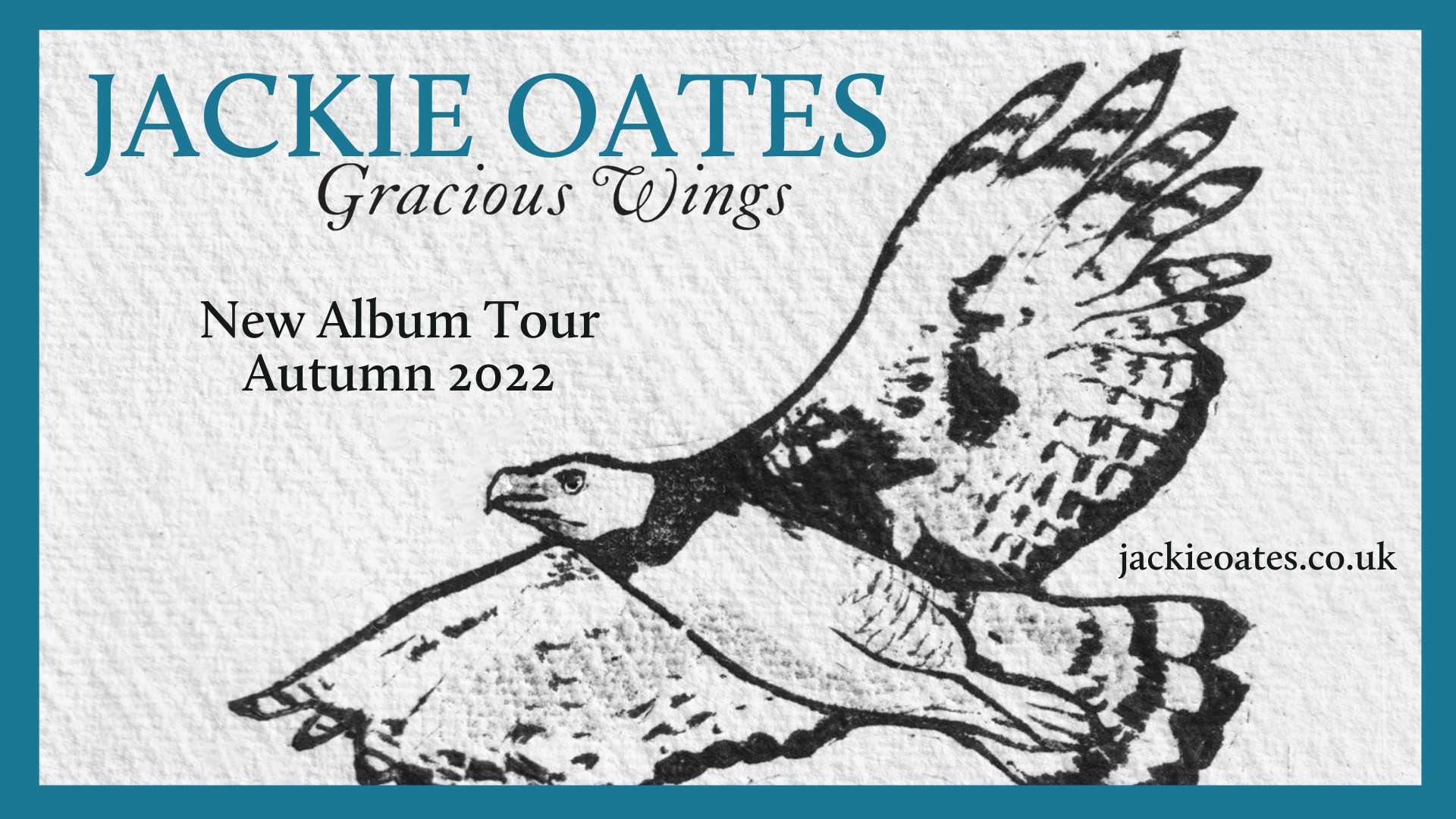 In September/October 2022, The Jackie Oates Trio, featuring Mike Cosgrave (piano, accordion, guitar) and John Parker (double bass) will commence a UK tour in which they perform material from the new album.

The title ‘Gracious Wings’ refers to a chance conversation that Jackie had with a friend, about the nature of music and songs and songwriting. Through the telling of a true story, the teller may gain access to another world in which they are unburdened by their past.

Jackie Oates is an English Folk Musician, Singer, Performer and Educator. Jackie lives in Oxfordshire with her young family. After 17 years and seven solo albums Jackie Oates is a central figure in the accomplished, informed and stylistically individual English traditional music scene that began in the early 2000s and continues to thrive.

Regarded as one of the country’s best loved folk performers, Jackie’s current focus is on collaborating with a diverse array of artists and commissions. Jackie continues to perform concerts and make the solo records that regularly rack up glowing broadsheet reviews, and in addition of late, is focused on her work as a collaborator and contributor; finding new and surprising artistic corners to illuminate with her voice, research and musicianship.

Jackie Oates continues to bring elements of the English folk tradition to new people and places; in turn bringing a much-needed calm and joy to those who hear it.