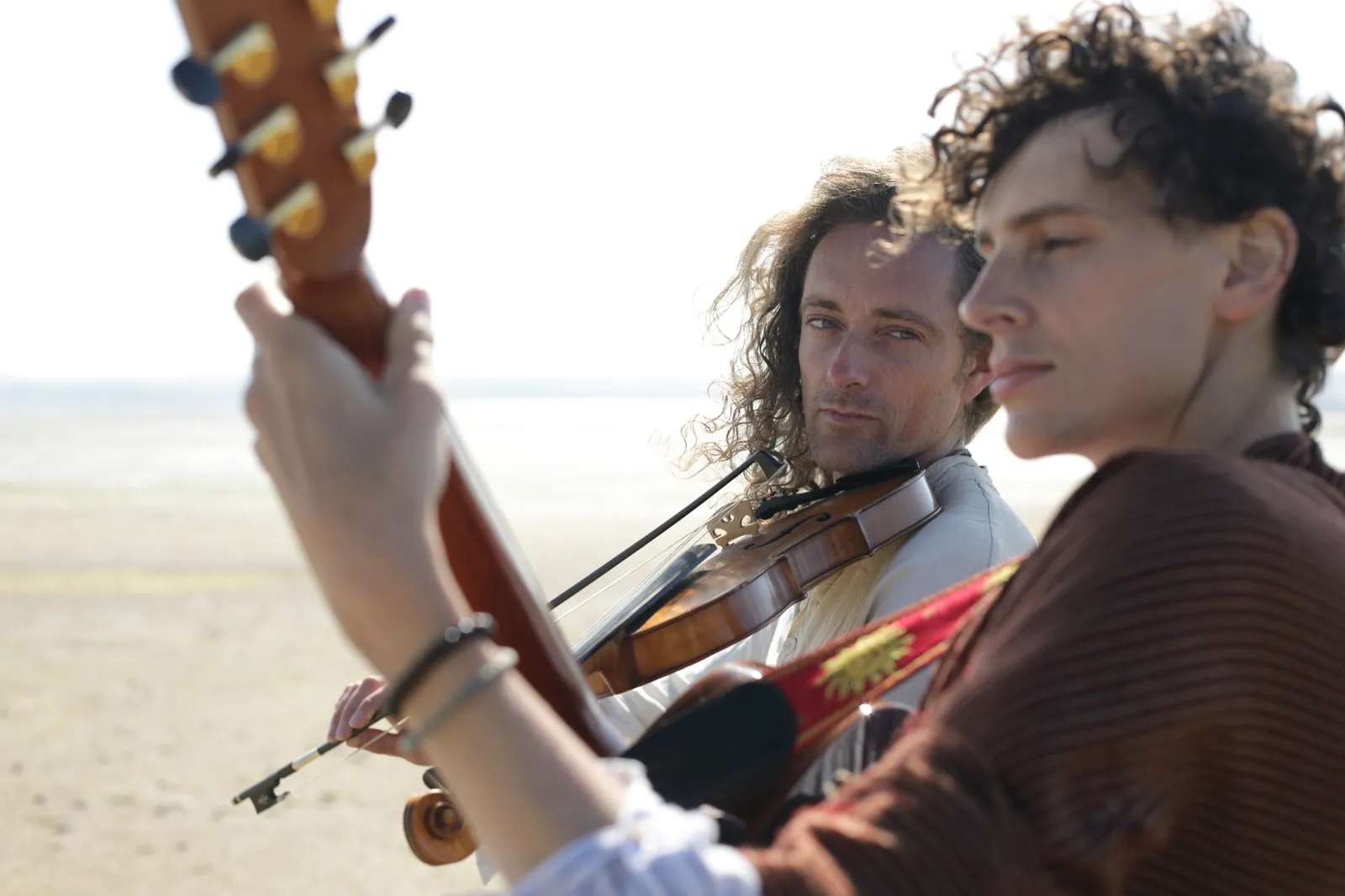 Described by Folk Radio UK as ‘weaving an especially compelling magic’, and ‘showing off British acoustic music in its best possible light’, Northumbrian duo The Brothers Gillespie sing songs of great lyrical power, animated by the sound of soaring sibling harmony, inspired guitar playing and a rich array of acoustic instruments. Their songs and performances have a rare, intimate energy that is both earthy and ethereal, romantic and radical.

Brothers James and Sam Gillespie grew up in the small village of Wall on the old Roman frontier, bounded on one side by a magical hill and on the other by the North Tyne river. It was in this valley that music took hold of them. They found a world that was still alive, that breathed magic and which became part of the inspiration for their song. Since that time, the brothers have travelled widely and sung their songs at campfires, concert halls, Parisian circuses, folk clubs and a host of UK festivals including Sidmouth and Cambridge Folk Fests.

Their second album The Fell (‘An album of brotherly, bardic beauty’ fRoots) was recorded at Stable Project Studio in East Lothian. The window was open, the light was dancing, you can hear the birds calling. The tone is rich and warm with a vintage feeling, the sound centered around guitar and fiddle with the brothers’ voices singing in ‘the glorious tones of their blood harmony’ (Sam Lee). Their third album The Merciful Road is due for release in February 2022.

‘Our music is inspired by the still wild soul of the land in which we live, a land alive with presences, not owned by anyone. It is about seeing with the eye of the heart and recovering our imaginations. It is about finding home, belonging and each other in a world which is singing to us as we sing to it’.

”Nobody else seems to be doing what Campbell is doing right now, and his passion and determination deserve recognition” – Jon Wilks