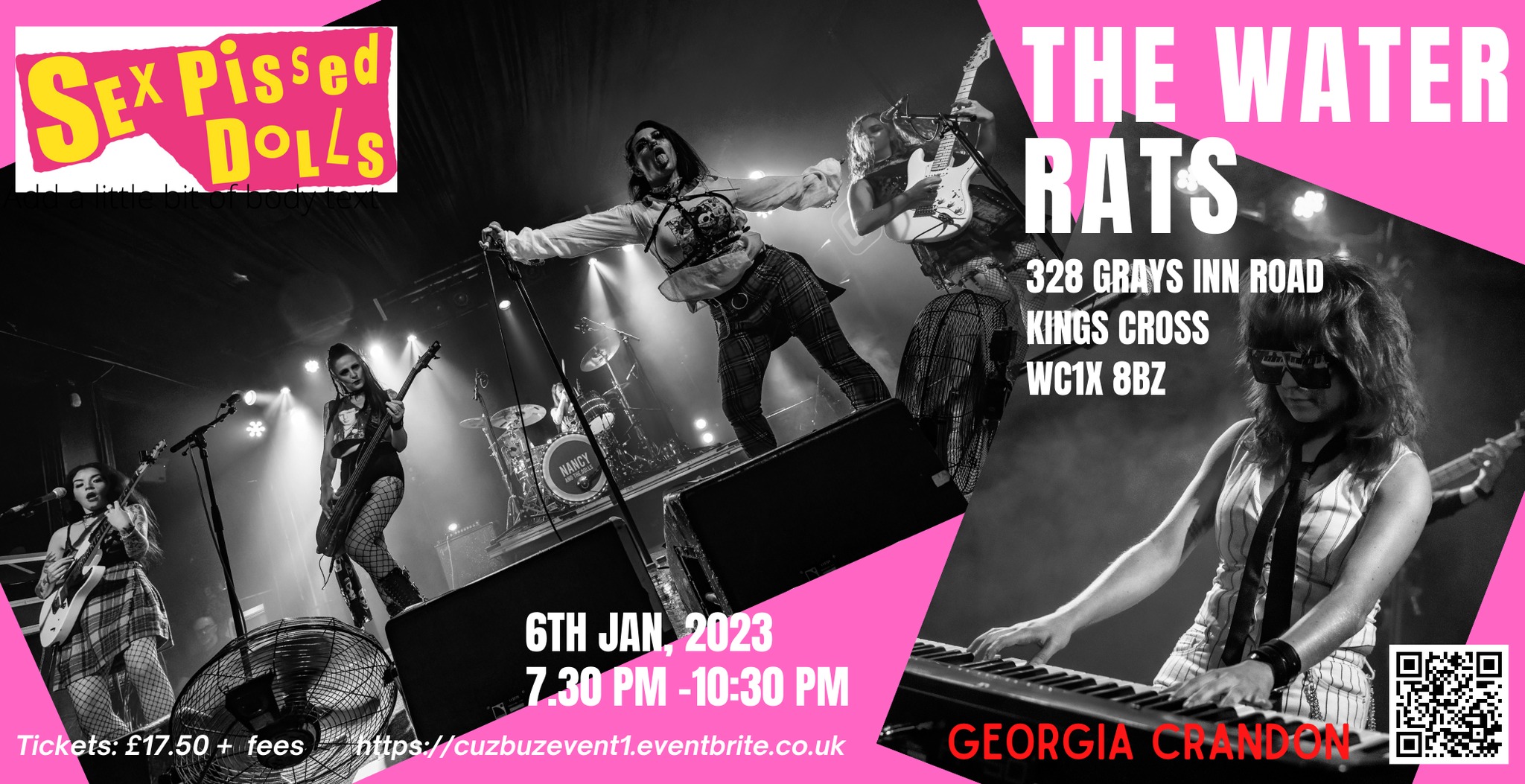 THE SEX PISSED DOLLS – This all female punk rock band exploded onto the scene in 2014 and have been wowing audiences and festivals with their edgy, high octane performance of classic rock and punk mixed in with their own original material ever since. They’ve appeared at 02’s all over the UK, performed at the official after show for The Formula 1 Grand Prix alongside ‘Texas’ and ‘The Feeling’. They even opened on the Main Stage – Isle Of Wight Festival with Rag n Bone Man, Kaiser Chiefs, Run DMC and David Guetta all on the same bill. Playing a mixture of covers from The Clash, The Sex Pistols, Buzzcocks and Nirvana, to name a few, they also will be playing some originals from their debut EP Maniac featuring Sci Fi and Shitty Old Town. These girls, (Nancy Doll, Jilly Idol, Kitty Vacant, Violet The Cannibal and Electra Rose) are a MUST SEE live touring band. They know their instruments and deliver an exciting, ‘in your face ‘ powerful perofmance. The girls consistently headline events at large venues like Concord 2 (Brighton) and The 100 Club (London). They are also regulars at Stone Valley Festivals throughout the UK.

GEORGIA CRANDON – has performed on some exceptional stages including The Liverpool Philharmonic, Birmingham Symphony and a sell out performance at the iconic Royal Albert Hall. Touring the UK, she’s had the support of her formidable fan base, including the affectionately named ‘Essex Massive’. Described as ‘refreshingly different’ by the Evening Standard and ‘A nano second ahead of the pulse’ by BBC Radio Essex. Georgia takes inspiration from the greats – the stage presence of Presley, the vocal prowess of Joplin and the flamboyant style of Bolan. Her compositions are fresh with an unrivalled retro style meaning her demographic appeal is both young and old. Georgia now embarks on her new journey signing with Static Wax Records following some spectacular main stage performances in 2021 supporting Soul II Soul, Shaun Ryder’s Black Grape, The Dualers and Northern Soul act, The Signatures. She’s recording her new debut album to be released on vinyl with live shows and festivals in the pipeline.