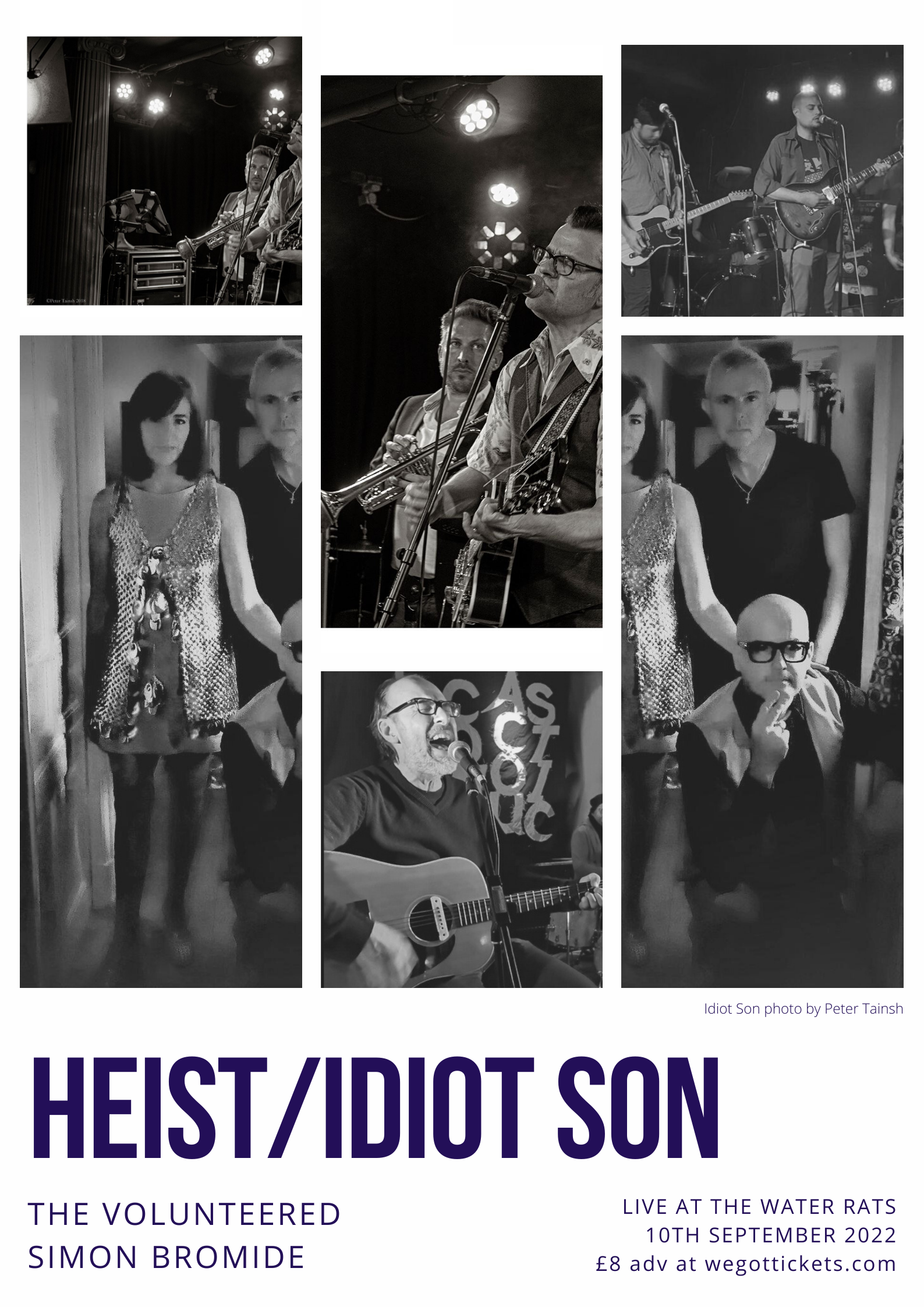 Pennyblackmusic will be presenting our first Bands’ Night in two and a half years at The Water Rats in London on Saturday 10th September 2022.
HEIST
It has been eighteen years since Heist played their last gig in their then home city of London at a show in support of The Fall in June 2004.
The cinematic pop trio, which consists of vocalist and guitarist Mike Targett, additional vocalist, trumpet-player and keyboardist Allison Targett and drummer Anthony Oudot, released two acclaimed albums, ‘Friday Night at the Trabi Races’ (2004) and ‘A Shopkeeper Will Not Appear’ (2004), on their own Super 8 Recordings, which combined the catchy pop sounds of the Lightning Seeds and the Pet Shop Boys with the strings-drenched orchestrations of Eastern European and 60’s spy film scores.
The group fell into hiatus when the Targetts moved to rural France to live on a farm and to raise a family. A third album has been long in the pipeline but looks as if it will finally emerge later this year. They have also started playing gigs again. Their comeback show in November last year in Hamburg won rave reviews, and they are playing sold-out shows shortly in Edinburgh and Allison Targett’s native Glasgow.
We are excited that they are playing this London gig after such a lengthy absence.