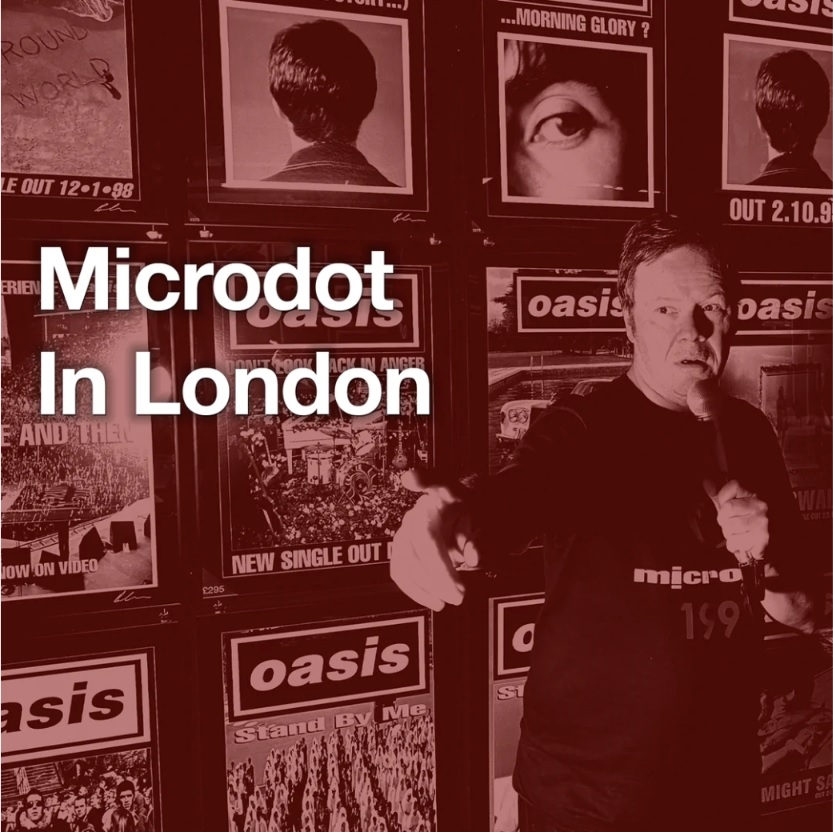 On Sunday the 23rd of October 2022 the Microdot road show will roll into London and appear at the legendary Water Rats.

Hardcore Oasis fans will need no introduction to the venue as it hosted the first ever Oasis headline show in the capital on January the 27th 1994 – almost three months BEFORE the band had even put out a record!

The event follows on from the sell out smash hit success Microdot show at King Tuts in Glasgow, another venue permanently etched into Oasis history.

So what can attendees expect?

The all seated event is limited to 100 tickets, (for sale exclusively via the Microdot website HERE) and begins with a presentation by Microdot founder Brian Cannon who tells the unlikely but true story how an 11 year old working class kid from Wigan had a dream to design record sleeves for the biggest bands of his generation, then with no money, no experience and no contacts actually managed to pull it off!

After the presentation, which lasts about an hour and is accompanied by visuals, there will be a short break for drinks before Brian returns to the stage for a live Q & A session hosted by legendary bon viveur Raymond Borland. Raymond will pose questions to Brian before throwing it wide open to the audience who are encouraged to participate.

The world famous Microdot Boutique makes an appearance in Pop-up-Shop form, specially constructed exhibition panels, painted the same colour scheme as the Boutique itself, host an array of Microdot’s work for Oasis, The Verve, Ash, Cast, SFA and more – all of which is for sale before and after the show.