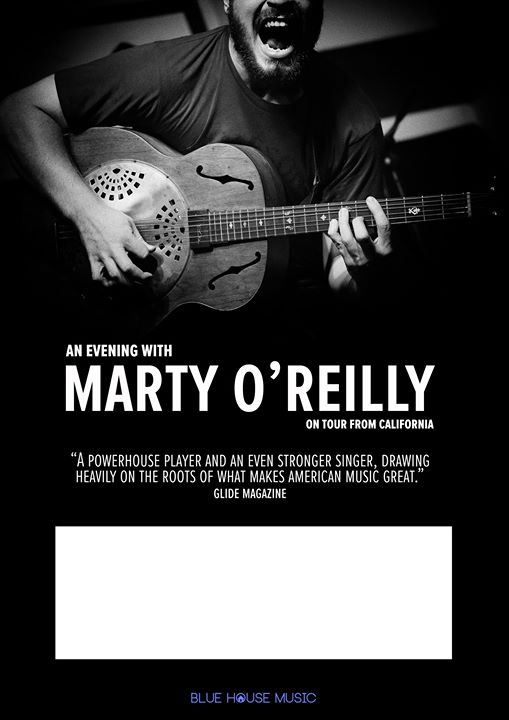 Marty O’Reilly first played solo as a young college kid back when he was starting at the University of Santa Cruz. He sat in on open mic nights, tipped pints at the bar and engaged his new community. These days he’s normally the front man for Marty O’Reilly and the Old Soul Orchestra, but this is just the guy, his harmonica and guitar, playing songs he wrote or just songs he loves to play.

O’Reilly plays with the conviction of a veteran Chicago blues man that belies his Sonoma County roots. He plays straight ahead and aggressively, weaving songs into medleys with such skill that the listener might not know when one song ends and the next begins. His guitar attack is fierce, he beats strings with rapid strums and furious note runs. martyoreilly.com

Openers The Riverside is a band of friends from California and Texas, founded by husband and wife duo, Jacob and Lorien Jeanson. Circled around one microphone, the band relies on one another to find balance in their music. This traditional type of performance, coupled with vocal harmony and their folk-rooted stringed instruments, the band paints landscapes and tells their stories. Through travelling the country together and speaking honestly about many highs and lows, The Riverside strives to be a family that grows together, and a band that helps listeners carry on down this life’s winding river. theriversidefolk.com