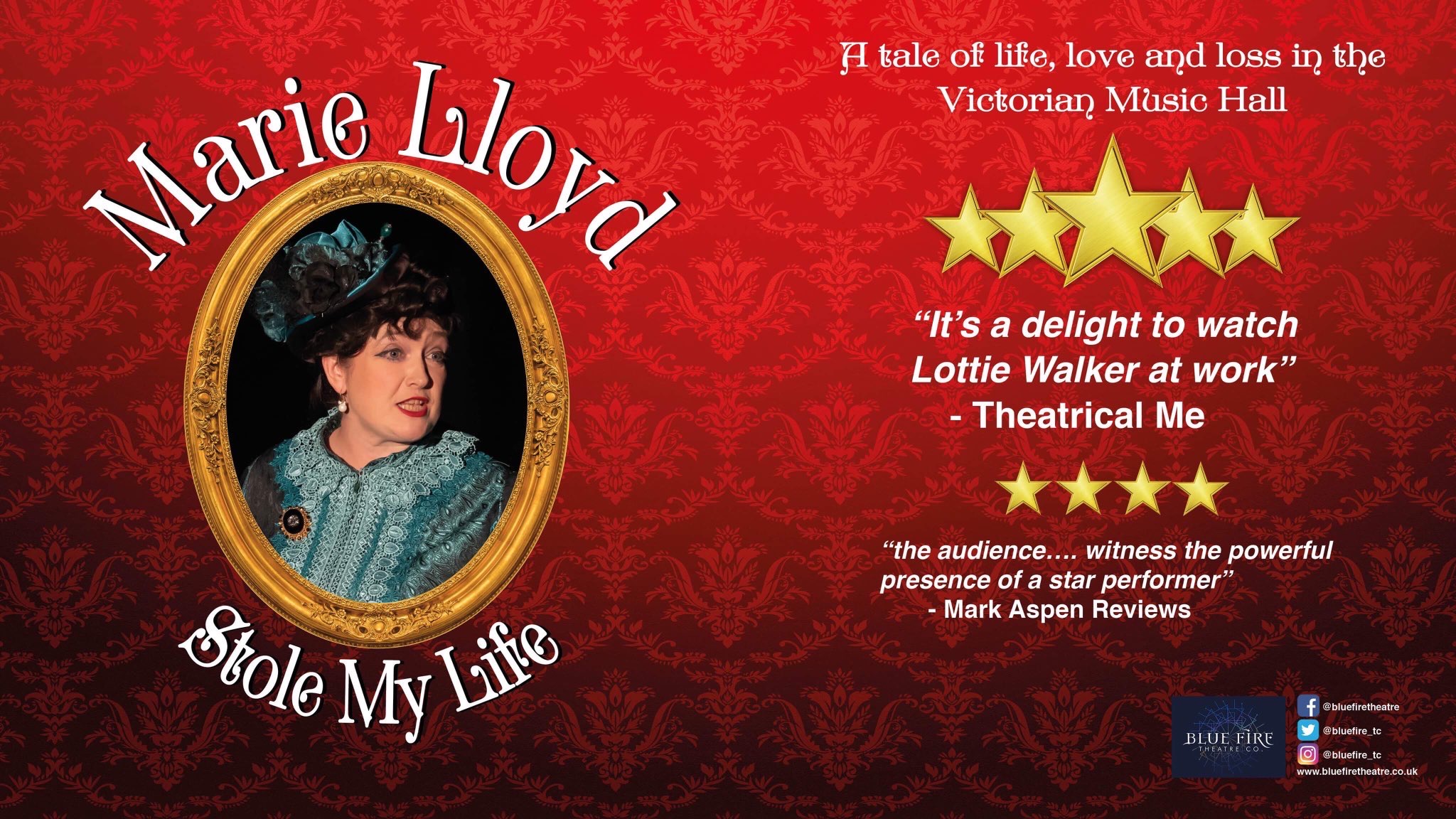 Eastenders meets Ripper Street – that’s the life of Nelly Power, Islington lass and huge star of the Victorian Music Hall. One of the most successful male impersonators of the day, Nelly was adored by an army of fans, owned 2 houses and had a jewellery collection worth some £175,000 in today’s money. In 1882 she departed from her usual style to sing “The Boy I Love is Up in the Gallery”, a romantic ballad written by her agent, George Ware. It was a huge hit that was soon taken up by a young starlet called Marie Lloyd. It propelled her to international superstardom.
Nelly died young and in relative poverty. Her story is a continuous battle against ageism, sexism and the fickle finger of fame. It is as relevant now as it was in 1880.

J.J. Leppink shines a spolight on the womens rights element of this tale of a self-made successful businesswoman in an environment hostile to female independence. Whilst the suffragists are outside the theatre, in an era where women had little power and independence, Nelly tells the tale of the Victorian Melodrama that was her life (including her disastrous marriage and scandalous divorce) with humour, song and just a little touch of bitterness!
The story is told with “heartbreaking warmth” by Lottie Walker. The play debuted at the Edinburgh Festival Fringe in 2019 and Blue Fire Theatre Co. are thrilled to be bringing Nelly back home.

PLEASE NOTE THIS VENUE DOES NOT ADMIT UNDER 18’S. PLEASE BRING ID IF YOU’RE LUCKY ENOUGH TO APPEAR MORE YOUTHFUL THAN YOU ARE!