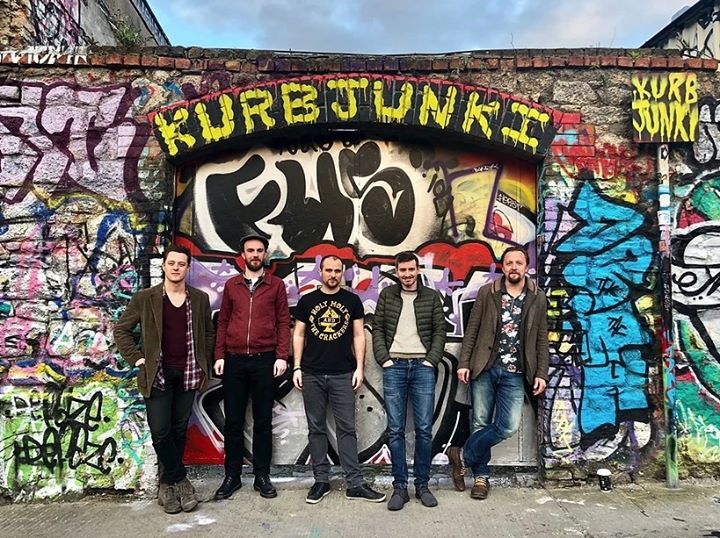 Man The Lifeboats are self-releasing their debut album ‘When The Time Bell Rings’ on 17th October 2019. The album release will coincide with a launch party at London’s Water Rats

The album features 13 tracks of contemporary folk music, songs which tell tales of drunken nights, doomed love and lost evenings. There are songs for good times and hard times, songs of love and songs of longing, songs from the streets of London, the shores of Essex and the hills of Yorkshire.

October 2016. London Town. Underneath the arches of the Garage, Islington, two amazing bands blow the audience away. Holy Moly & The Crackers’ cool blend of gorgeous gypsy folk and garage rock sets the scene, before Skinny Lister blow the roof off with their frenetic, upbeat folk, their manic energy, singalong song-writing genius and heart-on-the-sleeve soulfulness.

In the audience, two men sip heartily from the flagon, howl along and punch the air in jubilation. This is what it’s all about.

On that bruising night, that cold walk home, the twinkle in the eye and the fire in the soul well and truly ignited, the very next morning Man The Lifeboats were born, their objective to play the same, raucous, upbeat folk music, to drag traditional folk tunes kicking and screaming into the 21st century, to craft songs with big choruses that tell stories. Songs with straight-up lyrics, pounding bass lines, lilting mandolin and fiddle melodies and stomping beats, Man The Lifeboats have cultivated a sound that would not be out of place at a party at the end of the world.

Influences? Well, up there with Skinny Lister and Holy Moly & the Crackers, we have the Pogues, Bellowhead, Tom Waits, Dylan, Springsteen, Kate Bush, Frank Turner, Manu Chao, and of course, Chic.