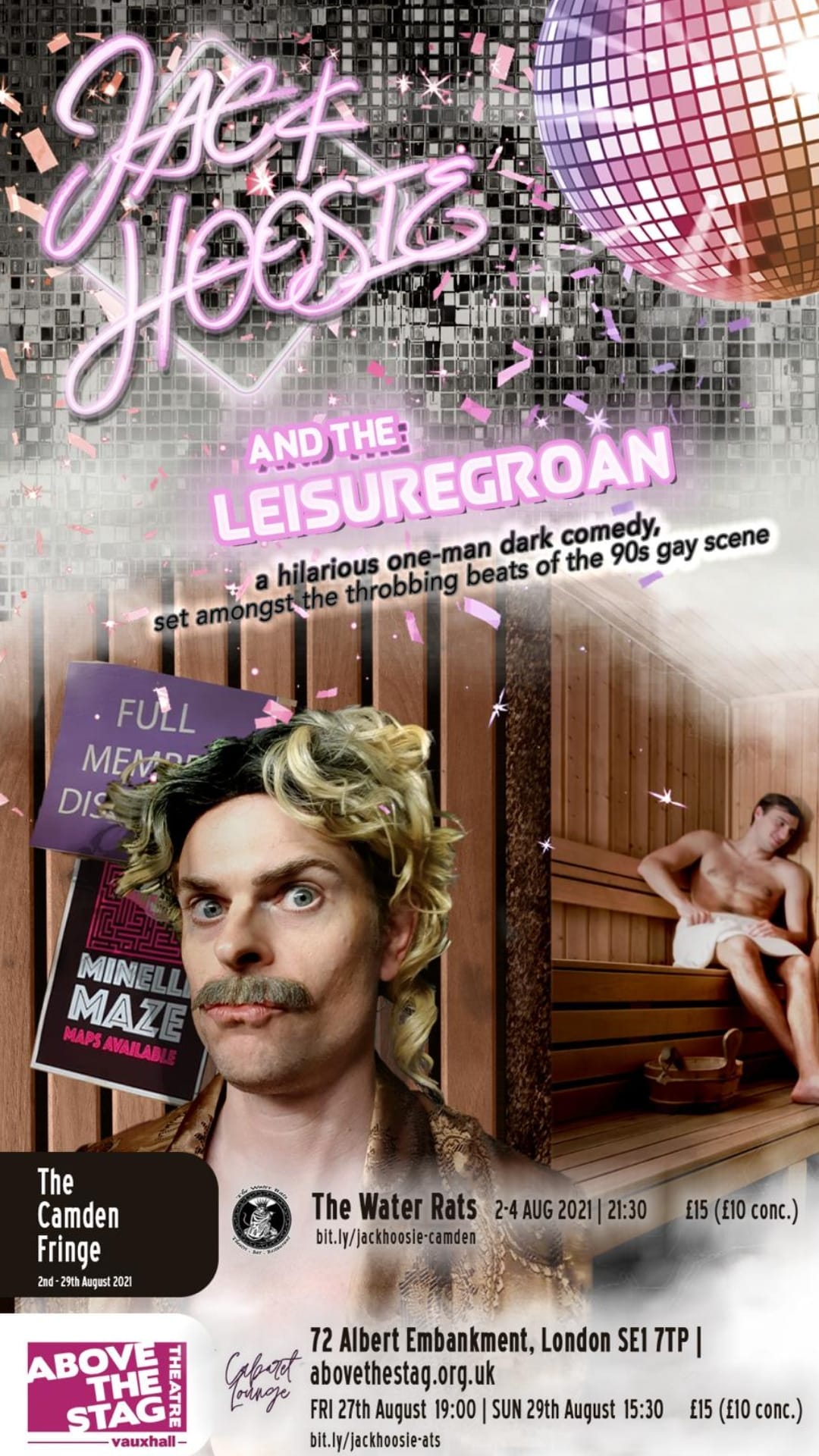 Meet Jack Hoosie, manager of South Yorkshire’s 3rd Most Hygenic Sauna (1997). Jack has seen his establishment through thick and thin, large and small, hard and… well you get the picture; but now the very existence of his pride and joy is under attack as a new digital sexual revolution beckons.

Can Jack sweat it out with the audience and convince them to become ‘full members’? Or will the cracks in his sale patter – and the walls of the Leisure Groan – force the once hustling sauna to let out its final gasp?

Jack Hoosie and the Leisure Groan is a hillarious one-man monologue transporting the audience to the throbbing beats, fabulous divas, and sweaty men of the 90s gay club scene; it’s a celebration of a dying cornerstone of queer culture set against the end of the AIDS pandemic — where gay hook-up culture can finally emerge from the haze of death that shrouded the past decade.

This is a dark comedy written and performed by comedian-turned-playwright Gareth Edward. This is his first play, which follows his debut cabaret show ‘Gareth’s Dating Disasters’ (****Boyz, ****Deadline). Directed by Gareth Kennerley.