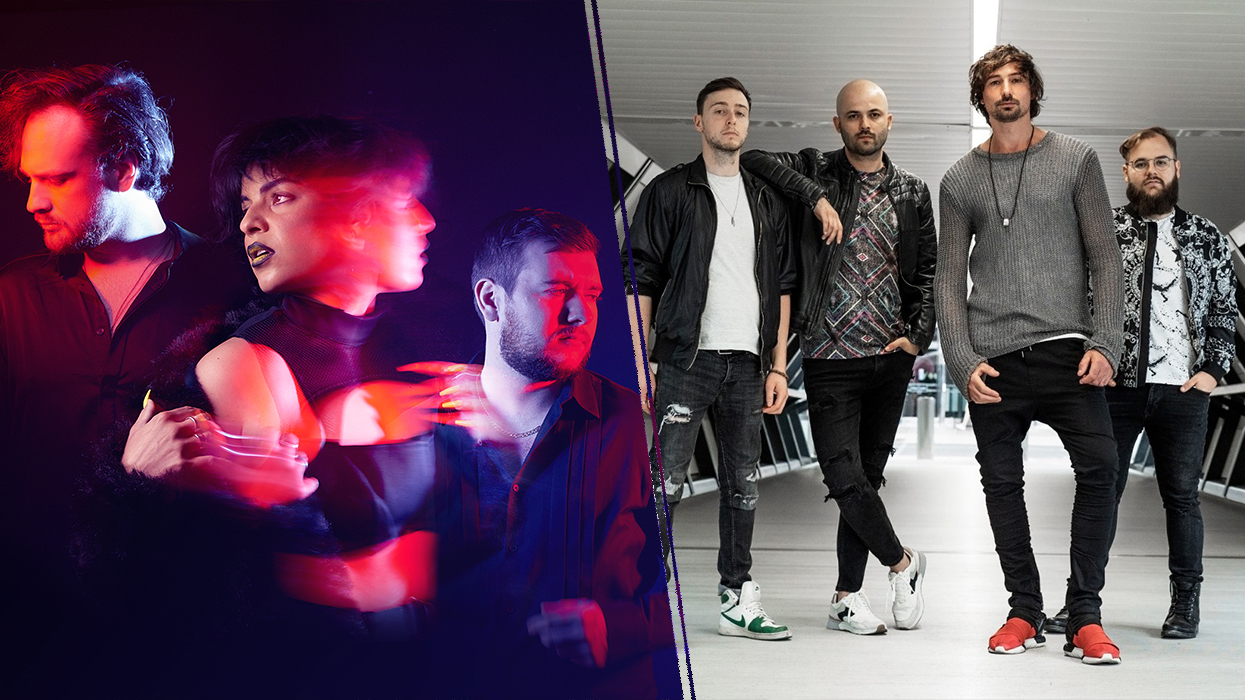 Gotobeat is excited to team up with The Water Rats to welcome an exceptional lineup on Thursday, June 23rd.
𝗧𝗶𝗰𝗸𝗲𝘁𝘀 £𝟴.𝟵𝟬 + £𝟭 𝗳𝗲𝗲𝘀 𝗼𝗻𝗹𝗶𝗻𝗲 / 𝗺𝗼𝗿𝗲 𝗼𝗻 𝘁𝗵𝗲 𝗱𝗼𝗼𝗿
𝗙𝗿𝗲𝗲 𝗳𝗼𝗿 𝗚𝗼𝘁𝗼𝗯𝗲𝗮𝘁 𝗺𝗲𝗺𝗯𝗲𝗿𝘀. 𝗠𝗼𝗿𝗲 𝗶𝗻𝗳𝗼 𝗵𝗲𝗿𝗲.
𝟳:𝟯𝟬𝗽𝗺 —> 𝗗𝗼𝗼𝗿𝘀
—> 𝗧𝗼𝗺 𝗖𝗵𝘂𝗿𝗰𝗵
—> 𝗦𝘁𝗮𝘁𝗲 𝗪𝗶𝗹𝗱
—> 𝗘𝗡𝗧𝗧
𝗘𝗡𝗧𝗧 – The hypnotic power of ‘Alternative Dance’ marries the hard-hitting sensibilities of underground indie-rock, with the beats and synth samples of dance, to produce a musical meld of raw passion – that is the essence of ENTT. Formed in 2017 the trio of Elliott, Kaan Kara and vocalist Freddie Wardour have drawn on their combined influences and taken inspiration from the dark underbelly of 80’s electronic bands such as Depeche Mode & New Order, pulling licks and tricks from some of the great alternative rock bands such as the Arctic Monkeys, The White Stripes and Florence + The Machine and mixed it up with the samples and grooves of modern day electronic artists. Throw in a pinch of Empire of the Sun & Kosheen and you’d be getting close to the infectious energy and the unique sound of ENTT. The trio put their modern spin on the vintage analogue sounds eked from classic synthesisers combined with edgy, hypnotic dance beats, peppered with powerful lead guitar and Freddie’s mesmerising lead vocals. As a passionate lyricist, Freddie lays her soul bare with heartfelt words pulled from her real life events. Together, the band take us to a place where two worlds collide, the cataclysmic clash of indie rock and dance, the musical ‘big bang’ that creates a new world of sound. ENTT are a driving power trio, who relish performing, bringing their new world of sound to life. A force of musical nature who take the old classics, throw in a handful of their rock and dance fairy dust, and spin us a new cloak of alternative dance gold.
𝗦𝘁𝗮𝘁𝗲 𝗪𝗶𝗹𝗱 – State Wild takes you through a rollercoaster ride of emotions. Merging two very
very different worlds, the expansive sounding landscapes influenced by the wilderness together with the electronic and processed beats of the urban. Their debut single ‘Up In Space’ captures the essence of the band and continues to make an impact over radio, Spotify playlists and music blogs across Europe. But this is just a taste of what they have to offer.