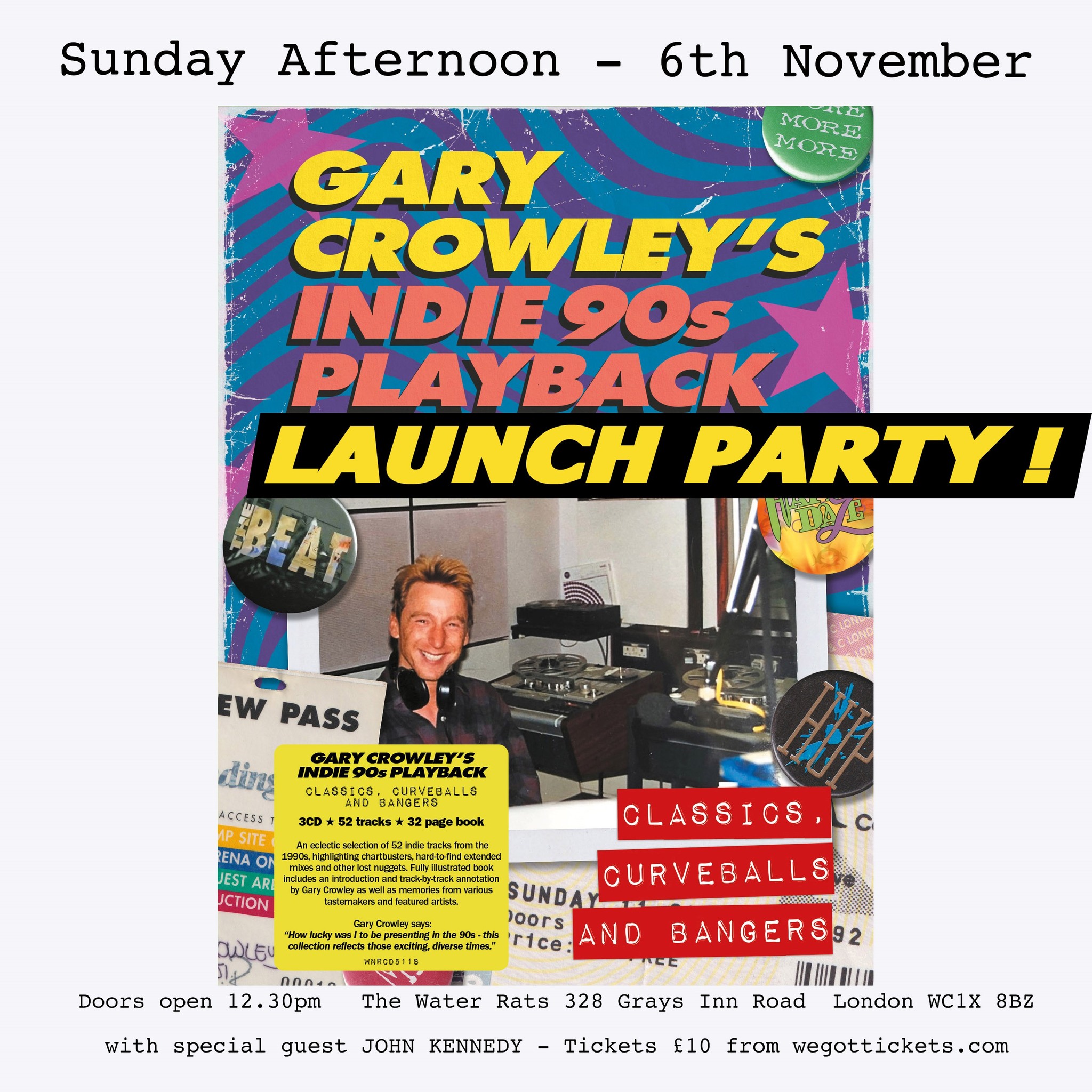 Gary will be launching his new compilation album ‘Indie 90’s Playback’ with a special party for just 100 people. He’ll be playing some of the tracks, talking about some of the artists he ‘broke’ through his GLR and XFM radio shows and his late-night TV programme The Beat.
He’ll be joined by special guest and a former colleague at XFM, esteemed broadcaster John Kennedy.
The doors open at 12.30 pm and the event finishes at 3.30pm.