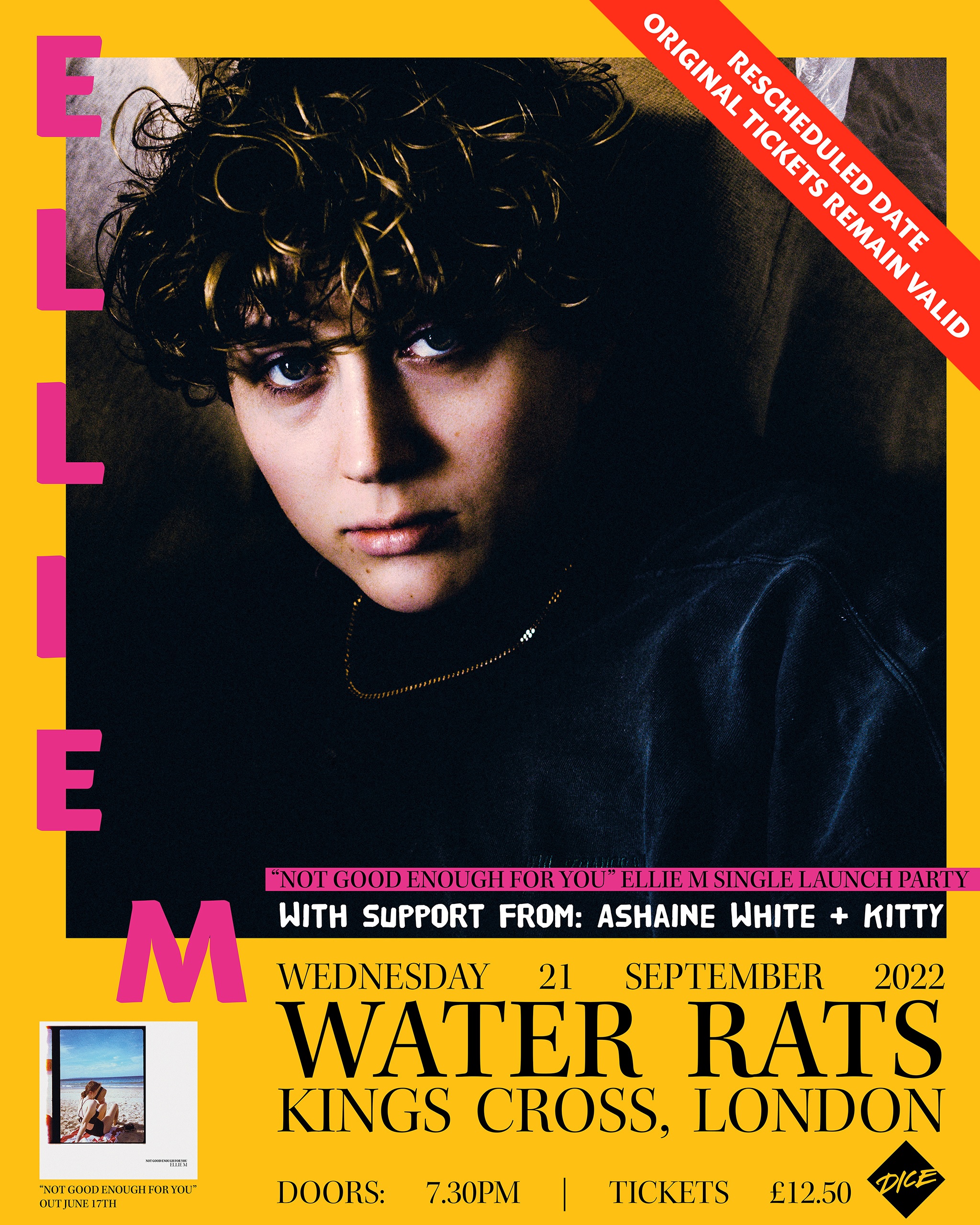 DOORS: 7.30pm
Tickets available on DICE:
https://dice.fm/event/g2vgb
ELLIE M: (single launch party)
Following the release of her acclaimed series of singles – ‘Out Of The Blue’, ‘R.O.C.D’ and ‘Feel It All’, Ellie M has been in the studio recording her debut EP (out November 18th). To celebrate the release of the first single taken from this EP – ‘Not Good Enough For You” (out June 17th) – Ellie M will perform numbers from her repertoire as well as showcase new material never played in public before. Not to be missed.
“A powerful, honest and modern take on a classic sound ” – BBC Introducing
https://www.instagram.com/elliem_music
ASHAINE WHITE:
Ivor Apple Music ‘Rising Star’ nominee Ashaine White coins herself as a grunge-soul artist, her moody approach to Jazz harmony, spellbinding melodies and songwriting form a unique and exciting soundscape, putting you right in the middle of Ashaine’s world. Inspired by the likes of Nina Simone, Jeff Buckley and D’Angelo, Ashaine is on a roll, with her most recent releases from her upcoming EP “Fairytales” garnering support from BBC Radio London, PRS X Spotify, Soho Radio and more.
https://www.instagram.com/ashainewhite
KITTY:
Kitty is back and better than ever! After a two year hiatus she has a fresh new sound with the old Kitty charm and is planning some exciting releases. She writes pop that can be heartbreaking and hilarious at the same time, citing her main influences as Lianne La Havas and Lily Allen.
https://www.instagram.com/kittyldn