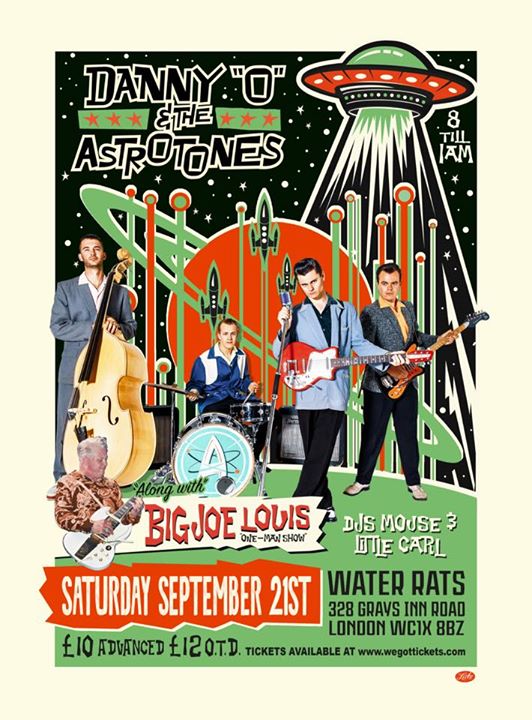 What a night we have in store for you folks!!!

Fresh off the bus from their UK tour supporting The Delta Bombers, Danny “O” & The Astrotones hit the big smoke after kicking up a storm last time they hit the capital.

Rave reviews have followed the band throughout their mission to conquer the world, since they formed in July 2018. Their debut single ‘Everyday Chains’ was received incredibly well and then their follow up 45rpm, “Paint The Town” received real critical acclaim in Vintage Rock July 2019 getting 5 stars out of 5.

So, be sure not to miss what is sure to be the wildest night in London town this September! Guaranteed entertainment also comes from the wonderful Big Joe Louis playing his one-man blues extravaganza!

We also have DJ Mouse making a rare London appearance, and the ever great DJ Little Carl on board to keep you dancing until the early hours.

What are you waiting for!? Get your tickets NOW!