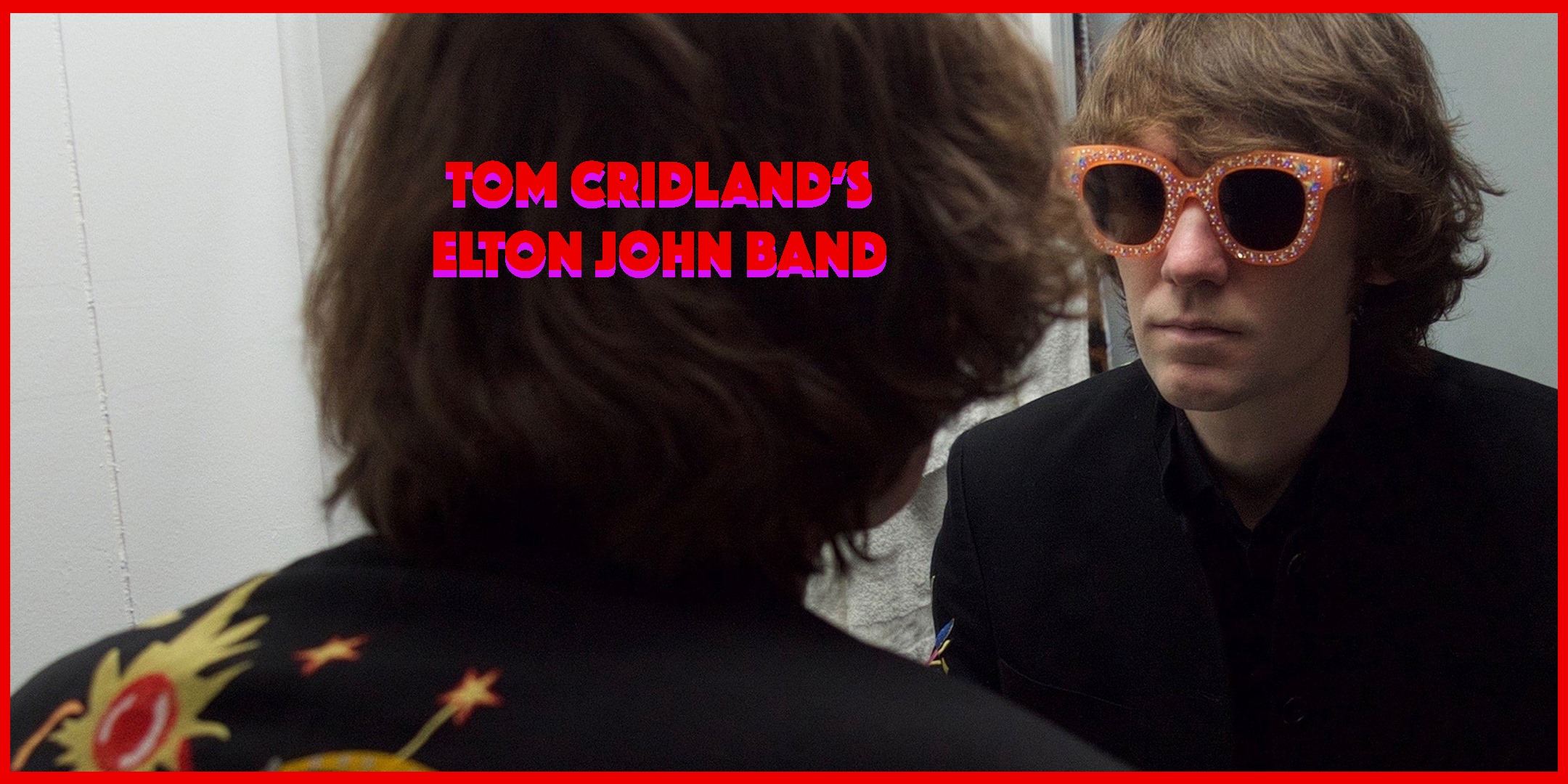 Tom Cridland is a singer, songwriter and piano player. He was inspired to make his own music by a childhood obsession with The Beatles and the career of his friend, Nigel Olsson, Elton John’s legendary drummer. Like Nigel, Tom started by learning drums by ear. He then began writing songs and got encouraged to sing them himself by Kenji Suzuki of Simply Red. When he started writing songs in 2019 he prolifically recorded over 100 of them and then played a gig all 48 contiguous US states. Tom’s original music caught the attention of the legendary Philadelphia band, The Stylistics, who have invited him to open for them on their upcoming UK tour in 2021. Inspired by Elton John, Tom switched from drums to playing piano. Tom celebrates his love of the Rocket Man’s music and wearing sunglasses indoors with “Tom Cridland’s Elton John Band”, the world’s best Elton covers act – available to play parties, corporate events, arenas, stadiums, dive bars, weddings and funerals.
Tom is playing this warm up show, one night only at The Water Rats, ahead of his big UK tour with The Stylistics: https://www.tomcridland.com/pages/tomcridlandtour
Tom will be playing 31 of Elton John’s best loved classic hits, including Rocket Man, Tiny Dancer, Bennie and the Jets, Don’t Go Breaking My Heart, Your Song, Philadelphia Freedom, I’m Still Standing, Can You Feel the Love Tonight and Crocodile Rock.
Alongside this, Tom will be playing 4 of his own greatest flops: Falling off the Rails, I Wanna Be Home Alone, I’ve Come Too Early and I Could Never Leave Her. Listen to Tom’s music here: https://www.tomcridland.com/pages/tom-cridland-music-discoraphy
★★★★★ “Tom put his 10,000 hours in at our humble bar, like The Beatles did in Hamburg” Café da Ponte, Alcântara, Lisboa, Portugal (1200 BC – 2017 AD)
Tom Cridland’s Elton John Band are the best Elton John tribute act and covers band in the world.
Tom has an unparalleled love of the Rocket Man’s music and wearing sunglasses indoors. He and his band are available to play parties, corporate events, arenas, stadiums, dive bars, weddings and funerals.
Defiantly old school, Tom puts the music first, with extraordinary attention to detail. In contrast to most of the modern day music industry (let alone the covers scene), Tom Cridland’s Elton John Band play 100% live, with no backing tracks or lip-syncing at all.