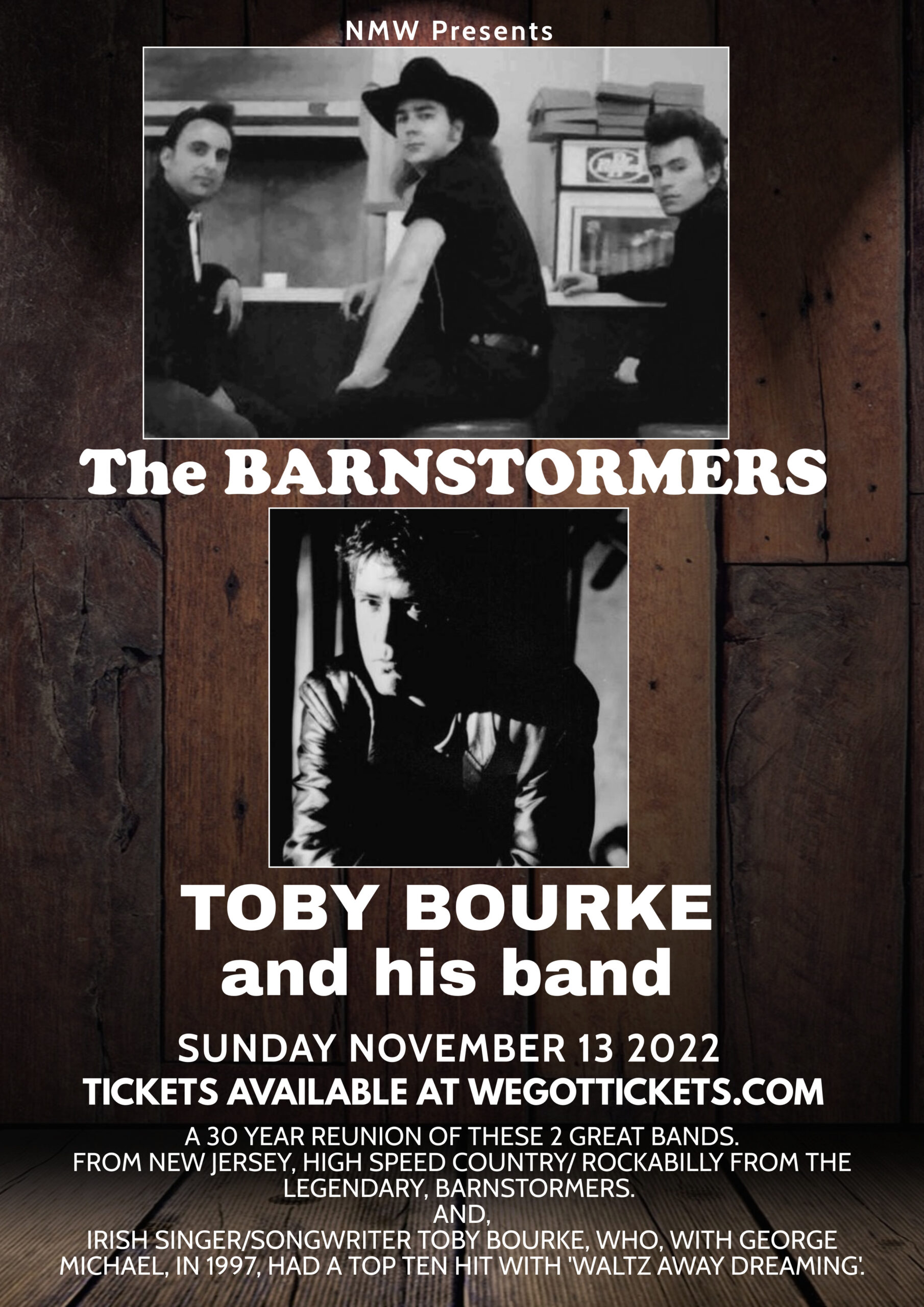 The Barnstormers/Toby Bourke Reunion
After 30 years, these 2 great acts are once again performing together.
A night of high energy Americana country/rockabilly from New Jersey veterans, The BARNSTOMERS.
In a class of their own, formed in the late 80’s in New Jersey, and went on to make a name for themselves in New York, New Jersey and beyond with their heated, quick paced versions of covers and original songs..
After being spotted by Dave Sharp in New York, (The ALARM guitarist at the time}, were soon asked by Sharp to be part of his first solo record, after the Alarm breakup in 1991.
With Sharp’s songs, and the Americana roots rockabilly influence from The BARNSTORMERS, the album, ‘Hard Travllin’ was released to rave reviews, as well as an extensive tour of the U.K.
The live shows were all well received by Alarm fans and new fans alike.
Also on the bill is well known Irish singer/songwriter TOBY BOURKE, who, with 2 well received albums under his belt, sighed to George Michaels record label, Aegean Records in 1996.
He and George went on to record Toby’s self penned, ‘Waltz Away Dreaming’, which then went on to be a top ten hit in 1997.
Toby will be performing with his full band.