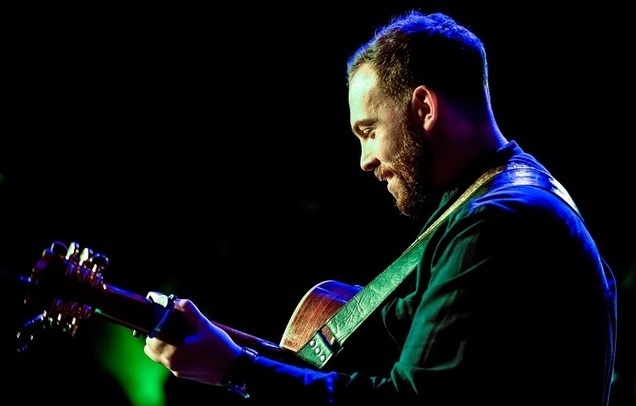 It means the world to us to finally to be able to finally invite you all to a series of intimate acoustic shows with some of our favourite artists, supporting independent venues. For Gig #2 we return to a venue which has historically been a theatre, and where we have hosted the most exceptional sit down shows – The Water Rats.
Our wonderful Water Rats lineup will be:
EDMUND JEFFERY
Edmund Jeffery uses percussive guitar playing and soulful melodies to depict genuine stories of a North London, Singer-Songwriter.
His most recent singles ‘Low‘ and ‘Moving’ have reached the top ten in the iTunes Singer-Songwriter chart, leading to regular solo performances in Italy, Poland, Germany, Estonia and Lithuania and the UK.
Edmund has landed solo performances at Round House, BBC Radio Theatre and most impressively Wembley Arena. He has also had much success with Singer/Songwriter collective ‘Winter Springs’ playing UK festivals including ‘Barn on the Farm’ and ‘Isle of Wight Festival’.
RUSSELL SWALLOW
One of London’s finest, alternative folk singer songwriter Russell Swallow joins us for a special set.
“Dreamy folk-inclined songwriting meets subtle electronics… something truly special” – Clash Magazine
GATEKEEPERS
London based progressive acoustic duo Sam Crooks and Nick Anderson.
The two joined forces back in May 2016 after meeting at Jam Night at the Dublin Castle. Since then, they have been making a name for themselves around the London circuit and beyond.   Their debut EP ‘Gatekeepers’ is now live on all platforms. Released May 23rd, 2019
We can’t wait for you to join us at this lovely, socially distanced event.
TO BOOK YOUR TICKET:
A Limited number of tickets for £10 will be put on sale on Tuesday 1st September. Ticket link follows.
http://www.eventbrite.co.uk/e/success-express-edmund-jeffery-lisa-marini-gatekeepers-tickets-119226037287
www.semusic.org
#BeatingHearts