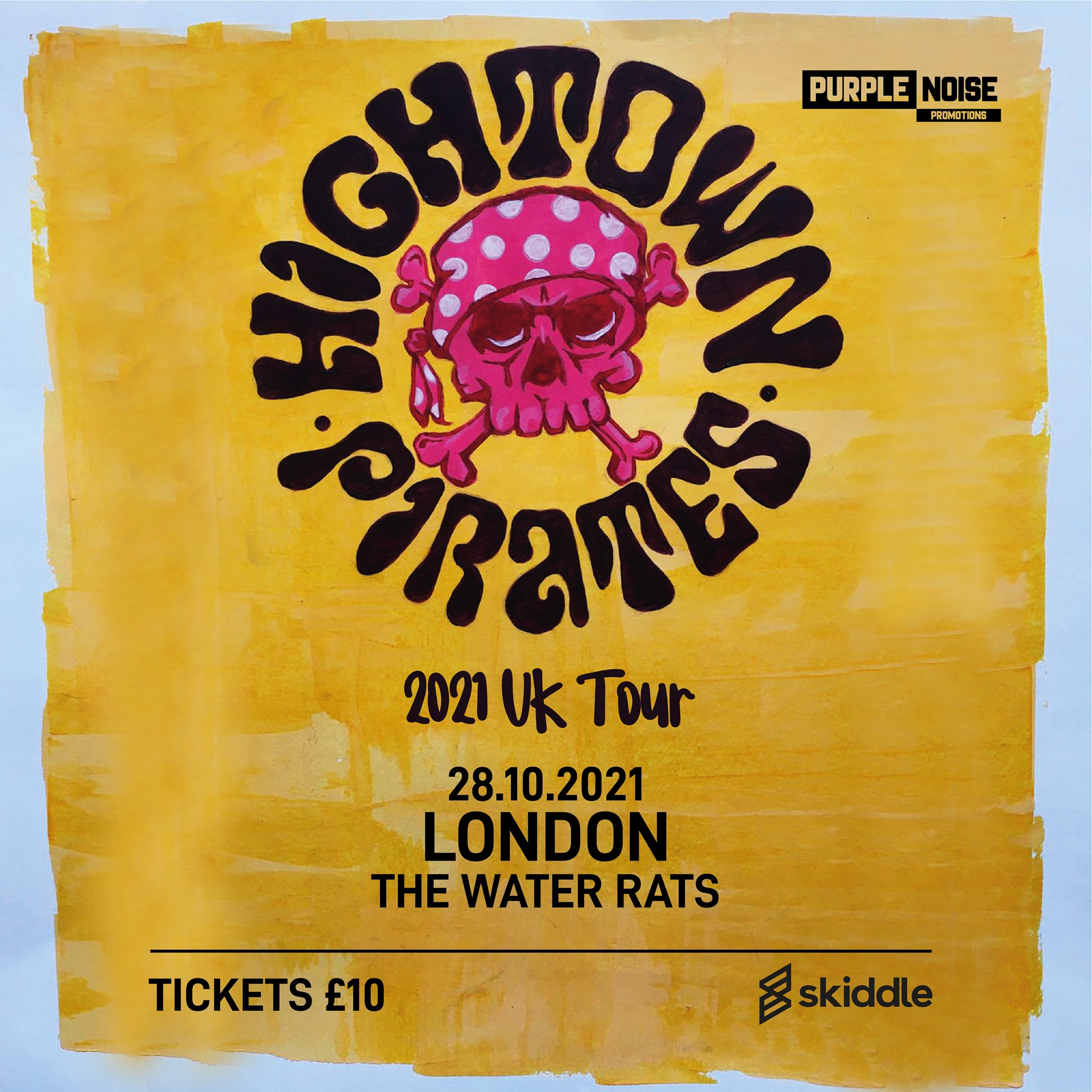 Hightown Pirates are inspired by their collective move to sobriety after a toxic journey of addiction.

The project is the brainchild of Simon Mason, one of the Britpop era’s most notorious drug dealers. Having supplied substances to the biggest stars of the 90s, Mason struggled with his own spiral of addiction before kicking the habit 15 years ago and carving a space to celebrate sobriety within the Rock & Roll industry.

Backed by the likes of The Libertines and The Pale Fountain’s Michael Head, Hightown Pirates released their debut album “Dry and High” in 2017 to huge acclaim, kicking off a new era in Mason’s life and career.

Off the back of their new album release, “All of the Above”, Hightown Pirates will be bringing their joyful sound of redemption to London this October